An impromptu talk about what’s entailed in being a “guide” (a member in the @guides group) on the Infinite Conversations forum. We end up talking about technology in general, terminology (the importance of the language we choose for things, and the underlying infrastructures we work with nonetheless), and how we can co-exist and grow through liminal spaces of membership, access, and trust. We jump a bit between the highly technical (such as the mechanics of the software used for our forum, i.e., Discourse), the somewhat metaphysical (thoughts on the one & many, and cooperative cosmologies) and sheer digressions—with some reflections on the various iterations of Dune, since Marco watched the 2021 version last night (and Michael recalled seeing the 1984 attempt). Along the way we talk about Cosmos membership, the practice of conversational listening, and how or physical/material lives provide analogies for our virtual/spiritual ones…

This talk arose out of an exchange between myself and @Michael_Stumpf on the ‘General Updates’ chat channel. If anyone would care to extract some more precise observations from this discussion, which could be used for making improvements to our space or providing better support for future guides, please add your takeaways below. 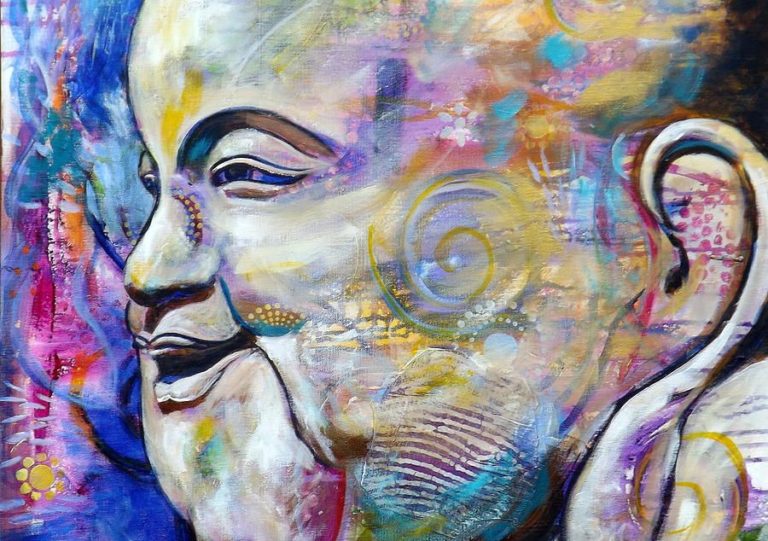 On the subject (or as a digression?) here are some fabulous short videos on indigenous Colombians’ feelings/thoughts about “objects” and how we treat them re: climate disruption and other ills. The Los Angeles museum of Art holds as “prisoners” many ancient indigenous “objects” , labeled and viewed. The Mamos (elders/leaders) call them “prisoners” and ask “what are you feeding them? How are you caring for them?” If we ask that of every object in our home, eg, how does that change things?
I highly recommend listening to the Mamos and considering these questions as part of a larger discussion on “technology” and how Westerners so easily imprison things, buy and sell them, possess them, use them, profit by them, but so very very rarely ever consider the perspective of these descendants of the Taino peoples, who truly do appear to understand the hidden connections between how we feed/treat “objects” (elements, land, waters, plants, animals) and the health of the planet, the continuance of humans.

Thanks for letting me butt in!

(Note: as I was trying to write this, I was interrupted and not allowed to continue by AI. I got lost and tried to resume, was given unwanted advice and finally found a way back to this reply. I no longer get to see “draft” info and am no sure how things will appear. )

I highly recommend listening to the Mamos and considering these questions as part of a larger discussion on “technology” and how Westerners so easily imprison things, buy and sell them, possess them, use them, profit by them, but so very very rarely ever consider the perspective of these descendants of the Taino peoples […]

Thank you, @Ariadne. I’m really glad we have your voice in the cosmic chorus here—echoing and amplifying those voices which have been drowned out in the cacophosphere. I am hoping we can bridge the worlds using tech for good, and not being used by it or having it used on us. For example, we could address that AI-interruption issue you’ve experienced; thanks for bearing with it. An admin (such as myself) would need to dig into the configuration and see what’s triggering it, and where to change how that happens. It’s doable, just somewhat technical; but we’ll get to it as we continue working on the site.

By the way, I’m glad you were able to post at all! Does the site look any better for your now in your web browser? I would really like to see any screenshots (photos of your screen) you are able to send when these frustrations crop up on the site. Here is how to take a screenshot in Firefox: Take screenshots on Firefox | Firefox Help

I may have to sign up as a new member myself, just to go through the process using and see it all for myself with fresh eyes, as if I were any other visitor, user, or member. Then I may be able to better tend to it as a gardener.

I have been in that part of Colombia shown in the video, btw. What a shift in perspective to see this artifacts/figures as “prisoners” of the museum. @KlausSansaya recently shared with me a short academic piece she wrote in Spanish about how ancient Meso-american artifacts have been appropriated in the Western art world. Perhaps she would be willing to share or say something about that here…

I really like the idea of Cosmos as a bridge, as you describe it below!

AI has strict rules about how to reply, how many times, etc. This time it just popped up a box that blocked my writing and gave
me three choices. However the one I chose, it would not do. I chose to keep editing, but all it would let me do is
save a draft or quit. So I finally gave up, chose “save a draft” but no idea where the draft was. Went off and
tried stuff, then returned to the thread, clicked on reply and the “draft” appeared which I finished and saved
on my clipboard. That’s that story.
Today, I also figured out how to enlarge the skinny strip of typeface. on the webpage, then to enlarge the Reply box.
That is my progress report. Doubt those changes are going to stay put, though.
But the main thing is, I was already upset by several other things yesterday and could not stand to encounter
a screwed up Cosmos website! No energy for dealing with anything “new”. Today, after sleeping
better, and having a phone back and a couple other things, I was able to try things and not freak at each
failure.
Marco, if you try the site out as a “newcomer” how are you going to have low “tech skills”. Maybe let your older daughter
try it or someone else not so skillful as you?
Great conversation, I savored the eclectic topics you buzzed through like bees…
to different parts of the Garden.