Excellent interview & reflection on the legacy of Devo. Aesthetically fit for this community of futurist weirdos on many levels… 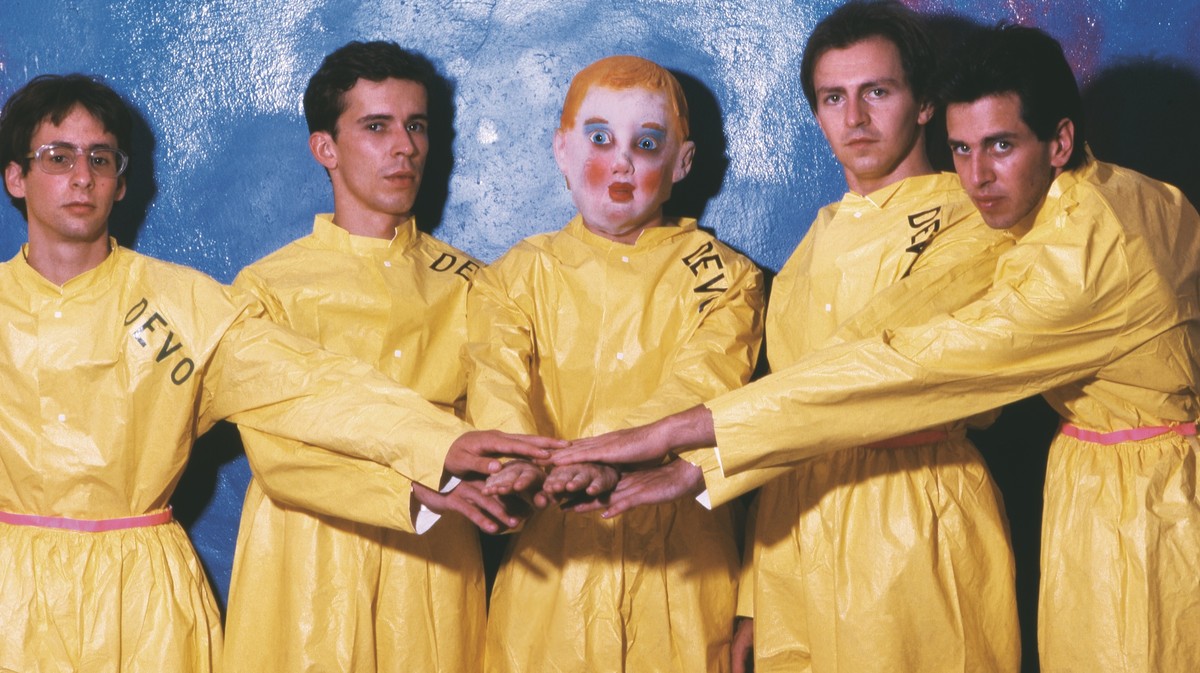 The Truth About Devo, America's Most Misunderstood Band

Over 40 years ago, David Bowie called Devo "the band of the future." What he didn't realize is just how bleak that future would be—and how right Devo would be about it.

I loved DEVO when I was growing up. What smart, funny, inventive artists. Postmodernism at its best. I really enjoyed their music. I didn’t realize the connection of the band’s inception to the Kent State shootings. This quote stuck out for me:

“When they shot and killed people for protesting, we were like, ‘Wow, I guess you can’t really change things like that, because if it gets too real they’re going to stop you,’” Mothersbaugh writes in the forward to Devo: The Brand / Devo Unmasked , a new double book and retrospective penned with Casale featuring never-before-seen photos, artwork, and revelations from their personal archives. “So how do you change things? Subversion: that’s how. Who does it best? Madison Avenue; they get people to buy things that are bad for them every day…That’s what we wanted to do, use subversion to sell people things that they don’t know they want.”

It also is intersting to read and think about what’s different now compared to in the 80’s, which is explored in the article. Whatever DEVO was trying to do, exposing the fraudulence of mainstream culture, we have to do better, learning the lessons of the past showing how readily revolutionary cultural efforts are assimilated, but more than subverting the messaging, also transforming structures. For example, DEVO was still beholden to their record company during the height of their career. What if they WERE the record company? What if the artists own the means of production and distribution—from that position, then how could we influence consciousness change?

Last part of the interview is really interesting…

What do you think Devo would look like if the project formed today?

Casale: I feel so sorry for anybody trying to do anything now. It’s so overwhelming. But things were also pretty horrible when Devo started. Maybe we’d make the film that we weren’t allowed to make, because we’d have a way of doing that without asking for millions of dollars. I think there would be kind of a Banksy component to it too, like striking here and striking there. Almost anonymously, like, Is that Devo, or was it somebody else doing Devo for Devo , you know? You could almost have a Devo army that gets the idea and then they go do things, like ISIS, but creatively, rather than malignly—they’re in the spirit of Devo, doing Devo’s work for them. If it was up to me, we would be out there actively, with a voice in the marketplace. I need to find people that’ve got the spirit. I direct TV commercials to make a living, but I have no delusion about what that is. If Devo’s not working and not able to tour and make a record, you have to live. So maybe I’ve got to get a bunch of young Devos and get them going. I know there’s a lot of people who get it, and there’s a whole new generation of fans that discovered us on the internet, and they love it… [truncated]