Aaron Cheak, former president of the Jean Gebser Society and editor of our Diaphany Journal, interviewed author Gary Lachman on all things esotericism and philosophy. In this expansive interview, Lachman discusses how Gebser was an influence on his work bridging esoteric schools of thought with more accepted, mainstream academic philosophy: 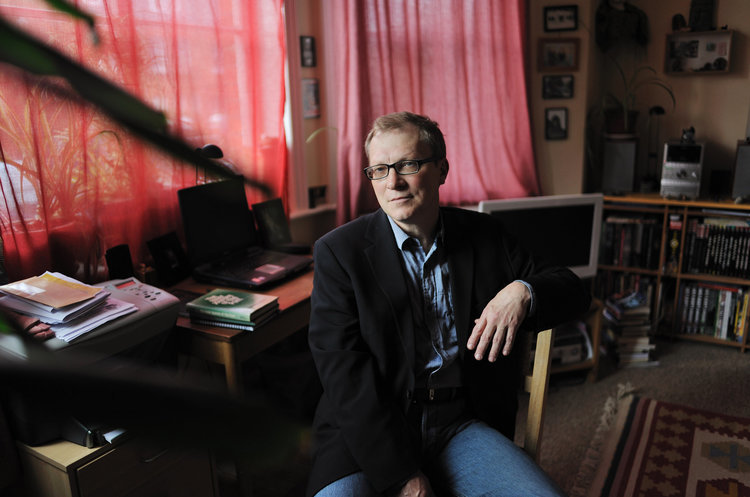 On the Borderlands between Philosophy and Esotericism

I think the first work about Gebser I read must have been George Feuerstein’s book Structures of Consciousness, which I came across in 1987. The Bodhi Tree had a used book branch that I often worked in and a copy of Feuerstein’s book came in. I then saw other references and lo and behold, a copy of The Ever Present Origin—the Barstad and Mickunas translation—appeared too and I settled down to read it, twice. It was exactly the kind of book I love reading. It’s scope was enormous, the writing was clear, passionate, and urgent, it made convincing arguments and offered new perspectives—or aperspectives—from which to look at the history of western consciousness. I was and am still fascinated by the question of language and of course that is Gebser’s starting point (as it is Owen Barfield’s who I also discovered around the same time.) I know that people like Ken Wilber and William Irwin Thompson wrote about Gebser. I never read much of Wilber but I did read William Irwin Thompson but I can’t say that his approach influenced me a great deal. But Gebser seemed to bring the philosophical and mystical (spiritual?) tradition together in this magnum opus. That the book is full of references to Nietzsche, Rilke, looks at developments in art, music, social theory, psychology, and speculates on possible alterations in our perception of time made me feel quite at home with it.

…
A.C. One thing I found particularly interesting in my biographical researches on Gebser is the influence that Frederico García Lorca had on Gebser’s understanding of the “magical” structure of consciousness. (As you know, Gebser knew Lorca personally, and worked closely with him in Madrid before the Spanish Civil War rent things asunder in 1936). Lorca’s world was, for Gebser, a nocturnal, matriarchal, and feminine world, replete with the symbols of the underworld and the night-side of existence. I have always felt this is a much more evocative expression of that particular consciousness structure than the more “anthropological” or “sociological” character that Gebser gave to it in The Ever-Present Origin. It calls to mind a number of connections with contemporary themes in Surrealism, for instance. Also, the general theme of left/right as matriarchy/patriarchy is obviously relevant to Gilchrist’s (and Gimbutas’) work.

G.L. I guess it would be matriarchy/right and patriarchy/left, a polarity Leonard Shlain develops in his book The Alphabet vs. The Goddess, about the demise of an earlier, image-based feminine consciousness at the hands of our more verbal masculine one. Certainly there is a great deal of common ground between poetry and magic. Good poetry affects us viscerally in the same way that Gebser says the magical structure does. It “moves” us. The Austrian writer and occultist Gustav Meyrink said that magic is “doing without knowing,” something that another occultist and writer—poet even—Aleister Crowley agreed with when he said that the best magic occurs unconsciously, in the same way that we can make an incredible shot at billiards but not know how we did it. It was this “unconscious” aspect of poetry that troubled Plato and led him to make his critical remarks about poets, how they do their best work by entering a trance of some kind and having a voice not their own speak through them. They were “possessed” and for the rational mind, such possession is dubious. And of course it was this that interested the surrealists, with their attempts to by-pass the critical mind through automatic writing and the kind of stream-of-unconsciousness poetry they produced in hypnagogic states, between sleeping and waking. The poet Peter Redgrove wrote a fascinating book about this, The Black Goddess and the Unseen Real, about how our sight-oriented culture has marginalised our other senses and how through these we can enter areas of being of which we are usually ignorant. The psychologist and paranormal theorist Stan Gooch made the same argument, and believed that poets and psychics have a lot in common. I think though that it is clear that although inspired, the best poetry is a result of a fruitful co-operation between our conscious and unconscious minds.

Read the full interview on The Jean Gebser Society blog.

I find it humorous that Thompson’s perspective of Gebser did not influence him much because Thompson describes Feuerstein’s structures pretty clearly in Coming Into Being. I read Feuerstein after both Gebser and Thompson, and it made so much sense to me precisely because I’d read Thompson already.