Gebser lost a sister when he was very young. So did Philip K Dick. They were haunted by this loss and felt the presence of the dead keenly.

Rilke, that great poet of loss and redemption, claimed that when someone that we love dies we are haunted by their unfinished business.

My friend was in his late twenties, he had lost twelve friends in one year, he was HIV positive. When his therapist heard about the last death in his circle of friends, she burst into unprofessional tears. She said," I can’t deal with this. There are no models to deal with this kind of loss."

He came to visit me and he was handsome, well built with thinning hair. He was a good trance subject, he went quickly into a relaxed, alert state and I asked him to go to the future when his grief was resolved. I told him that it was now winter and perhaps in the spring he would be wearing lighter garments, that flowers would be reappearing and he could look back to the winter of our discontent and enjoy an extraordinary learning event. After the trance as he returned to full waking consciousness he smiled and said. " I would have been disappointed but you mentioned flowers and I wanted to live once again."

He died of AIDS a few years later. The last time I saw him at St Vincent’s, he was in an altered state of consciousness, his eyes rolling around in his head, his muscular, manly physique had become the thin body of an adolescent boy. He opened his eyes and said, the last words I heard him speak " This crucifixion thing really sucks."

I went into the waiting room and began to wring my hands. I had read in novels that women in distress would wring their hands. Now I understood what that meant. There was nothing left for me to do but wring my hands and wail.

Twenty years later, he comes to me, comes to me again, on the other side of a veil and with him is Maurice and Marcus and Laszlo to name a few, and they are whispering among themselves and they whisper to me, " We are waiting for you, we have a wonderful place for you, for we share the same heart."

So much unfinished business, so much unfulfilled desire. My mind has touched the untouchables and we are at ease with one another and can let go now. I am no longer haunted by the hungry ghosts, there is a place for us- 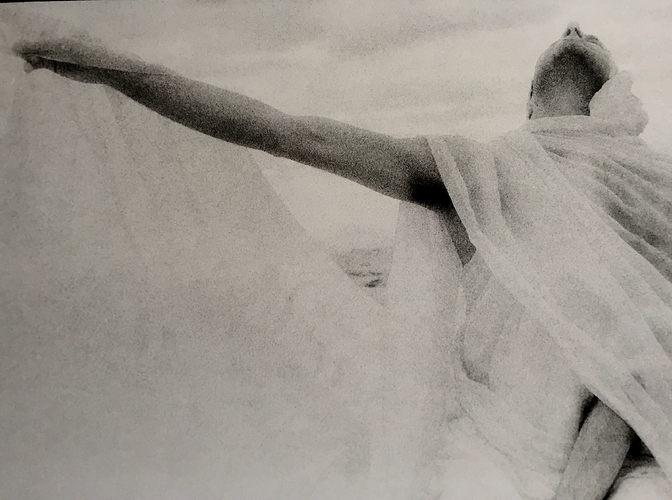 I responded to this in another place. darn it. The haunting presence of absence. <3

Freud speaks very eloquently about the presence of this absence.