Scenius is like genius, only embedded in a scene rather than in genes. Brian Eno suggested the word to convey the extreme creativity that groups, places or “scenes” can occasionally generate. His actual definition is: “Scenius stands for the intelligence and the intuition of a whole cultural scene. It is the communal form of the concept of the genius.”

Individuals immersed in a productive scenius will blossom and produce their best work. When buoyed by scenius, you act like genius. Your like-minded peers, and the entire environment inspire you.

The geography of scenius is nurtured by several factors:

Scenius can erupt almost anywhere, and at different scales: in a corner of a company, in a neighborhood, or in an entire region.

The history of art and science is crammed with episodes of scenius. In modern literature there was the Algonquin Round Table, the Bloomsbury Group, the Inklings in Oxford, UK. In art there was Paris in the 20s, the lofts in Soho, NYC, and Burning Man recently. In science there was the Lunar Society in England, Building 20 at MIT, or the ever-spreading Silicon Valley. 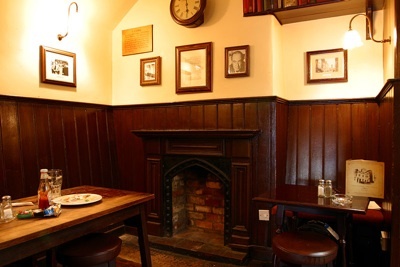 The Oxford pub where the Inklings met.

I was reminded of scenius while watching a documentary about rock climbers in Yosemite. The documentary Vertical Frontiers did not make my True Films list of best-ever docs, but it did reveal a new flavor of scenius I had not known before. The particulars of this scene are a fine example of what makes scenius work.

Mountain climbers educated in the Alps discovered the vertical walls of granite in Yosemite in the 1930s and began to scale these monoliths. By 1941 climbers occupied a new permanent camp set up in the north side of Yosemite Valley, Camp 4. They would often camp there illegally for the entire summer. Most were climbing bums — young men with little money, lots of time, heedless of laws, and an overwhelming urge to climb in new ways. They hacked together amazingly innovative equipment, techniques, and ethics. Camp 4 became school, club, and summer home for many climbers, not a few who became well-known. 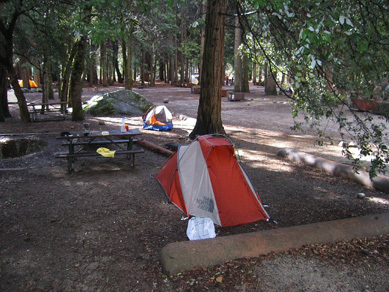 Over the next 60 years this scenius would invent most of the modern techniques of rock climbing, and many innovations that would later spill into outdoor skills and gear in general.

But the geography of this scenius is unremarkable. Camp 4 is a nondescript, bland, dusty campground. Building 20 at MIT, the home of fantastic engineering exploits like the improvement of radar, was likewise architecturally boring, almost dilapidated. Soho was blocks of unwanted industrial space. Like these other places, Camp 4 was a generic space with flexibility. However Camp 4 is also a walk-in camp. You need to haul everything on your back. That immediately filters out a lot of wannabes. The absence of cars also keeps everyone around. From the outside you would never guess there was anything special about the place. I think that is true of most scenius.

The scenius of Camp 4 was threatened after century level floods in 1997 wiped out other camp sites in Yosemite and the Curry Company wanted to build lodges on the higher ground at Camp 4. Climbers around the world campaigned to have Camp 4 designated on the Register of Historic Places in order to keep it. Ultimately they prevailed, and Camp 4 has remained a haven and incubator for climbing enthusiasts. (There’s a book about Camp 4, which I have not read. The film is available here from Netflix and Amazon.)

Although many have tried many times, it is not really possible to command scenius into being. Every start up company, or university would like their offices to be an example of scenius. The number of cities in the world hoping to recreate the scenius of Silicon Valley is endless, but very few have achieved anything close. Innumerable art scenes begin and vanish quickly. The serendipitous ingredients for scenius are hard to control. They depend on the presence of the right early pioneers. A place that is open, but not too open. A buffer that is tolerant of outlaws. And some flash of excitement to kick off the virtuous circle. You just can’t order this.

What Camp 4 illustrated is that the best you can do is NOT KILL IT. When it pops up, don’t crush it. When it starts rolling, don’t formalize it. When it sparks, fan it. But don’t move the scenius to better quarters. Try to keep accountants and architects and police and do-gooders away from it. Let it remain inefficient, wasteful, edgy, marginal, in the basement, downtown, in the ‘burbs, in the hotel ballroom, on the fringes, out back, in Camp 4.

When it happens, honor and protect it.