Stripped: A Look Inside the Life & History of Exotic Dancing – by D. Fisher 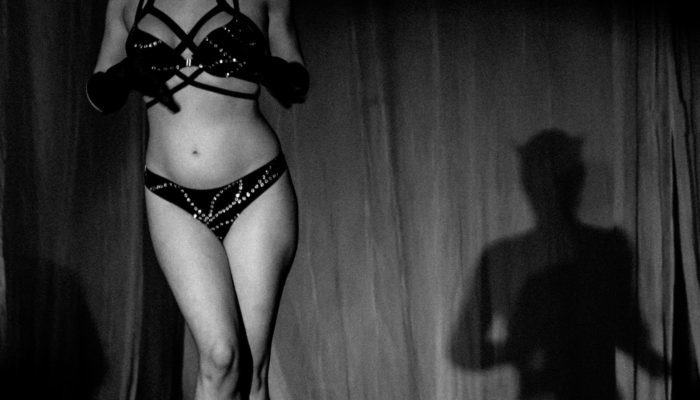 It was a sunny Saturday afternoon when I found myself walking through the main street of a busy business district and noticed a large billboard ahead of me featuring a woman in a glittering black bikini and a sign that read: Non-stop adult entertainment from noon to 2 am. I had just recently returned to Canada after almost five years of living and traveling abroad, and with the economic climate being as precarious as it is in North America (especially for an Arts major like myself), I was having a hard time finding a full-time paid position in the city. After handing out yet another batch of unsuccessful resumes, I decided to try my luck on something different and got up the nerve to walk into the adult entertainment club that day and apply for a cocktail waitress position.

This was a great, raw piece that cuts to the realities… I really appreciate Vanessa’s ability to step back from her experiences and share them with us in a way that paints the picture of the whole, hidden culture of exotic dancing in the Western world. It’s never portrayed much beyond trope or stereotype in most media.

Also the section, “A Brief History of the Striptease” was really interesting!

For me the strangest, and most educational and transformation provoking, thing about being in strip clubs is the view you get into male minds and automatic behavior, and the median state of male development, personal power, and sexual identity and health.

My reaction to this view and insight is always the same. I am embarrassed for the state of manhood.

Because of my profession, web development, I have ended up spending far more time than most in the offices and backrooms of three different stripclubs, and became family friends with the owning family of two of the clubs. I’ve spent hundreds of hours in them, with complete access to every part and aspect.

That is a concentrated advanced course in very hot high-pressure areas of human psychology, both male and female, but especially male.

I have often wondered how median males can stand to be the way they are.