The Alchemy of Colour

Thanks to everyone who signed up to online seminar, The Alchemy of Colour.
This is a space to engage in follow-up discussion and to share ideas.
I’ll get the ball rolling soon, but by by all means feel free to initiate discussion.

Also, my hosts here at Infinite Conversations have some great projects on the boil, so please feel free to check out what else is going on.

The cauda pavonis, or peacock’s tail, has long been a symbol of the colours that emerged during the alchemical process of transformation. Here’s some amazing images of peacock feathers under a microscope. They display fantastic metallic qualities. 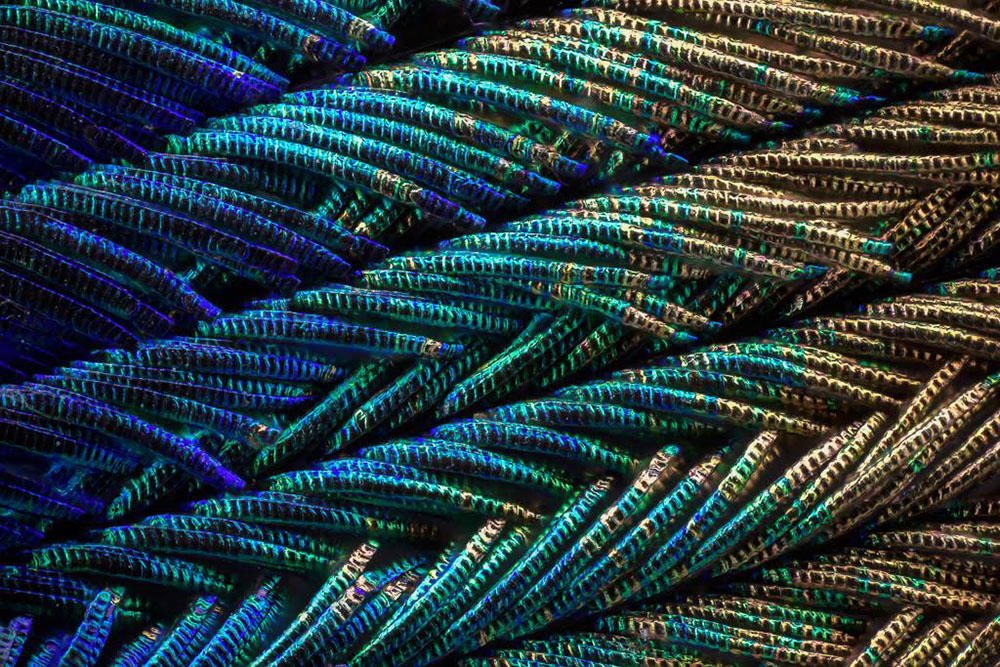 The Extraordinary Iridescent Details of Peacock Feathers Captured Under a...

In this series of photographs featuring the delicate details of peacock feathers, photographer Waldo Nell relied on an Olympus BX 53 microscope to take hundreds of individual shots that were combined to create each image seen here. The process,...

In Steiner’s book “Man as Symphony of the Creative Word” he makes the following remark about the nature of feathers:

“The eagle has his plumage, his bright, many-coloured feathers; in these lives the self-same force which lives in you in that you make your brain into the bearer of thoughts. What makes the convolutions of your brain? What makes your brain capable of taking up that inner salt-force which is the basis of thinking? What really enables your brain to make a thinker of you? It is the same force which gives his feathers to the eagle in the air. Thus we feel ourselves related to the eagle through the fact that we think: we feel the human substitute for the eagle’s plumage within us. Our thoughts flow out from the brain in the same way as the feathers stream out from the eagle.”

One thing I wanted to mention during the colour webinar, which I unfortunately didn’t have time to go into, was the role of afterimages in Goethe’s Farbenlehre. This is a fascinating aspect of Goethe’s theory, and is immediately evocative of the way in which colours emerge “two by two”.

The idea is that each colour evokes its opposite, i.e. its exact complement, through the phenomenon of after images. When you stare at a vivid colour for some time, then shift your gaze to a white wall or space, you see the precise opposite colour as an afterimage.

Goethe gives a great example of this: he is at a tavern, and he sees a pale, well-endowed, dark-haired woman in a scarlet dress across the room. She is standing against a white background. He “stares intently” at her (i.e. he’s checking her out, basically). He looks away briefly and when he looks back she is gone. But her afterimage is emblazoned on the white wall: a figure in a sea-green dress, with dark skin and bright hair.

I was distinctly reminded of this phenomenon yesterday morning. Here on the Sunshine Coast, where I am presently staying, the sun rises brilliantly over the misty plains. It is so breathtaking that I was moved to resume my daily practice of Graeco-Egyptian sun hymns. Kneeling in meditation, I looked into the molten golden disc of the rising sun for a short time, and when it became too intense I closed my eyes. Immediately, a vivid, violet sun disc appeared against the darkness of my closed lids. This was a stunning instance of the afterimage phenomenon: violet is evoked as the exact complement of luminous gold. More than this, the experience highlights once again how the two royal colours—violet and gold, the alchemical xanthōsis and iōsis—are naturally and explicitly solar colours.

Firstly, thank you for this thoughtful and nourishing lecture, the more attention we pay to subtle phenomenon, the more lively our experience shal become of it. Your above post about sungazing producing xanthosis and iosis really vivified the solar aspect for me. I think before I try to see iosis myself, I may try some new moon then full moon gazing to get in my melanosis and leucosis first …

In the lecture I found the coupling between green and magenta you touched on very interesting. “Green represents a synthesis in nature, Magenta represents the synthesis beyond nature” This touches nicely on subject/object duality.

When first studying the visible wavelengths of light, it shocked me that magenta is extra-spectral and seemed impossibly occulted below the bottom of the visible spectrum (blue/violet) and above the top (red). On further analysis, although hidden from objective measurement in nanometres it is not hidden from subjective perception. If a surface absorbs green and equally reflects red and blue into the respective cones in your eye, you see magenta because your brain adds the two values together, so you get the qualia of magenta and thus the visible invisible.

You have also touched on something I’ve been musing over for a while: the relationship of the tria prima and the four elements to the masculine and feminine. You have listed Earth and Water as feminine and Air and Fire as masculine, this makes sense to me from a symbolic point of view but there is interesting interference when you try to dovetail this with mercury and sulfur.
Sulfur (masculine/sol) is often represented by Fire and Earth while Mercury (feminine/luna) with Water and Air.

Here’s an interesting musical exploration. It seems to explore a ritual incubating an alchemical-perceptual sensitivity. It’s initiated into by a clear reference to xanthosis and iosis. Enjoy!

Yes, I might have to try some “melanosis/leukosis gazing” sometime, during the next full moon perhaps.

And yes, regarding magenta, it is indeed evoked to subjective perception, and also apparently arises from Goethe’s “dark spectrum” (when the more intense aspects of the fringes—red and violet—synthesise, rather than the usual yellow and blue, which are the colours that synthesise from the “light spectrum”). I haven’t personally experimented with the formation of magenta from the dark spectrum yet, but i’d be interested to see it for myself.

Regarding Sulphur as Fire/Air versus Fire/Earth, this double aspect is indeed suggested by the colour diagram based on de Lubicz’s theory, in that it is the Fire of the Earth that forms both the juncture in Salt (Water and Fire), and also creates the octave to form the juncture in Sulphur (Fire and Air). But yes, I think Jung’s theories are to be distinguished here in general from de Lubicz’s. For what it’s worth, traditionally Fire and Air are regarded masculine, while Water and Earth are typically feminine. The triangular symbols point up for Fire/Air, while pointing down for Water/Earth, thus linking the two “halves” of the polarity via two related forms. There is also a sense that Air/Earth, which bear the line through the triangle, are mediating forces between the extremes of Fire and Water.

Anyhow, I hope that helps!

Another great video essay on Colour in Film. 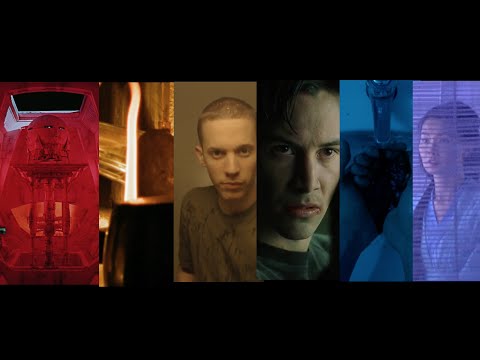 This looks fascinating. Would love to attend, but alas.

“Illuminating the Past: A workshop on the making & meaning of Gothic colour” 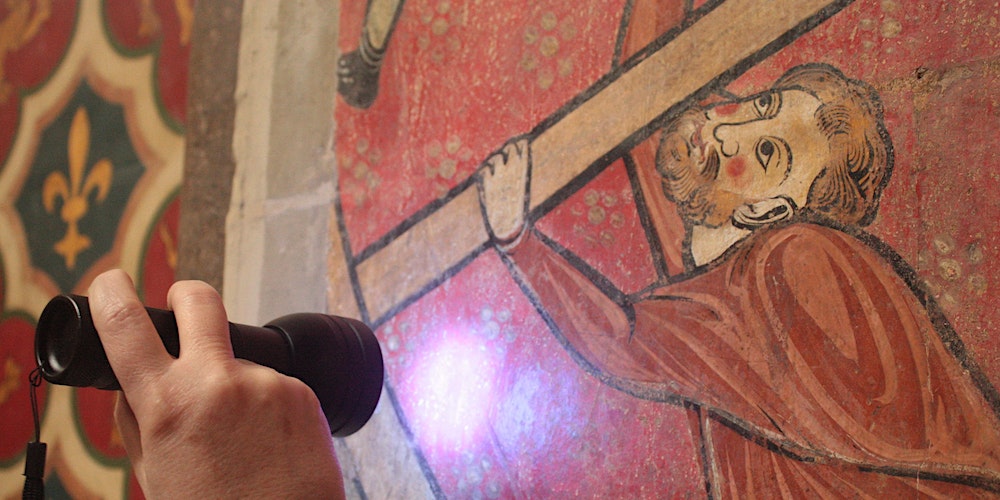 Illuminating the Past: A workshop on the making & meaning of Gothic colour

If you would like to know more about the making and meaning of Gothic colour, then come along to Illuminating the Past, a one-day (and totally free!) cultural engagement event. On Thursday 16 June 2016, we have planned an interactive workshop...