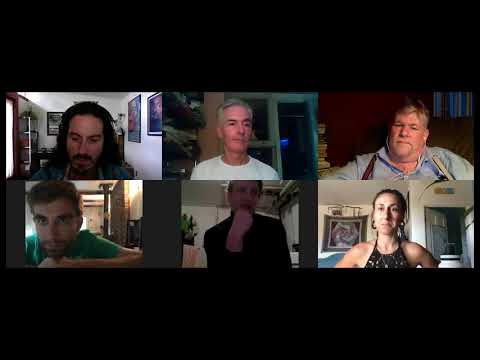 Book Two: The Knowledge and the Ignorance—The Spiritual Evolution

Chapter 3: The Eternal and the Individual
Chapter 4: The Divine and the Undivine

[image] Journey to Supermind is a series of reading/writing and creative/spiritual practice group events dedicated to the philosopher, poet, integral yogi, and spiritual revolutionary Sri Aurobindo. We are reading his magnum opus of evolutionary metaphysics, The Life Divine, while creating a field for exploring his poetic and literary works (e.g., Savitri); political and historical thought (e.g., The Human Cycle); and practical teachings on human transformation, or Integral Yoga (e.g., The Syn…

Would anyone like to lead off our discussion tonight?

A suggestion, Marco. We could, if no one volunteers to lead off, continue working with the maps we started last week. Could you, for example, show us your map, that you made last week, and reflect upon that dragon that you were most drawn to? Is there anything else you know about the Life Divine, now, that you didnt know last week? We could improvise artfully. I have a lot of stuff coming through. I want to chunk down and chunk slow.

Here is that sketch, John: 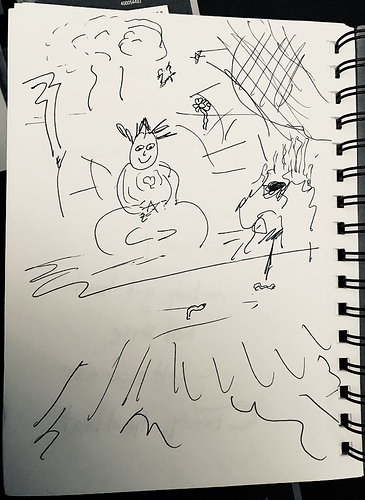 I would ask, is there a relation here between the Individual and the Eternal…and/or between the Divine and the Undivine?

The last couple chapters, for me, are getting to some of the questions I had coming into the text. I don’t think I understand Aurobindo’s reasoning in full detail, but I think I am starting to get the gist what he’s trying to say. By all means, let’s improvise artfully and see where it goes!

Excellent! I have a drawing that carries across the feeling from the last session. We can weave something together out of our maps and co-facilitate something with the group subject.

“Man is a god in the making.” Sri Aurobindo 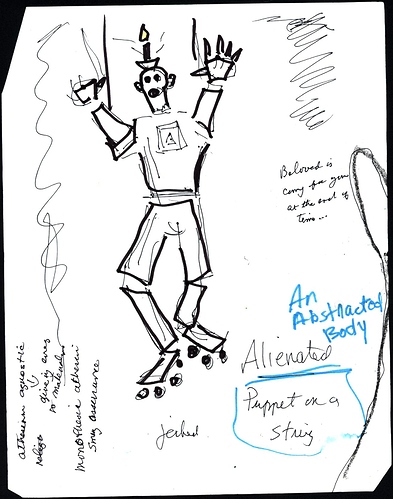 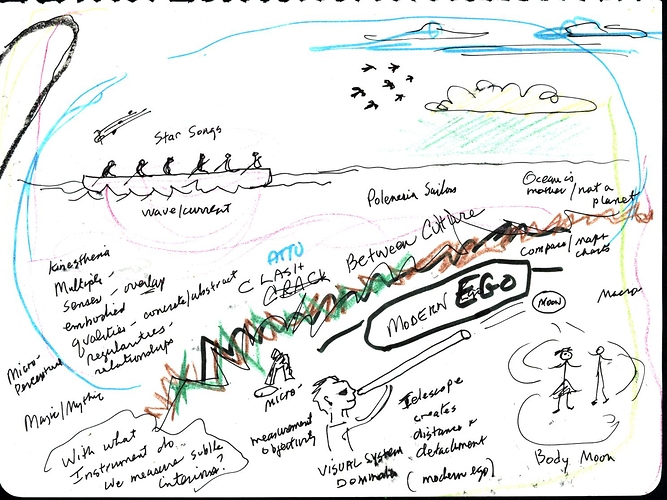 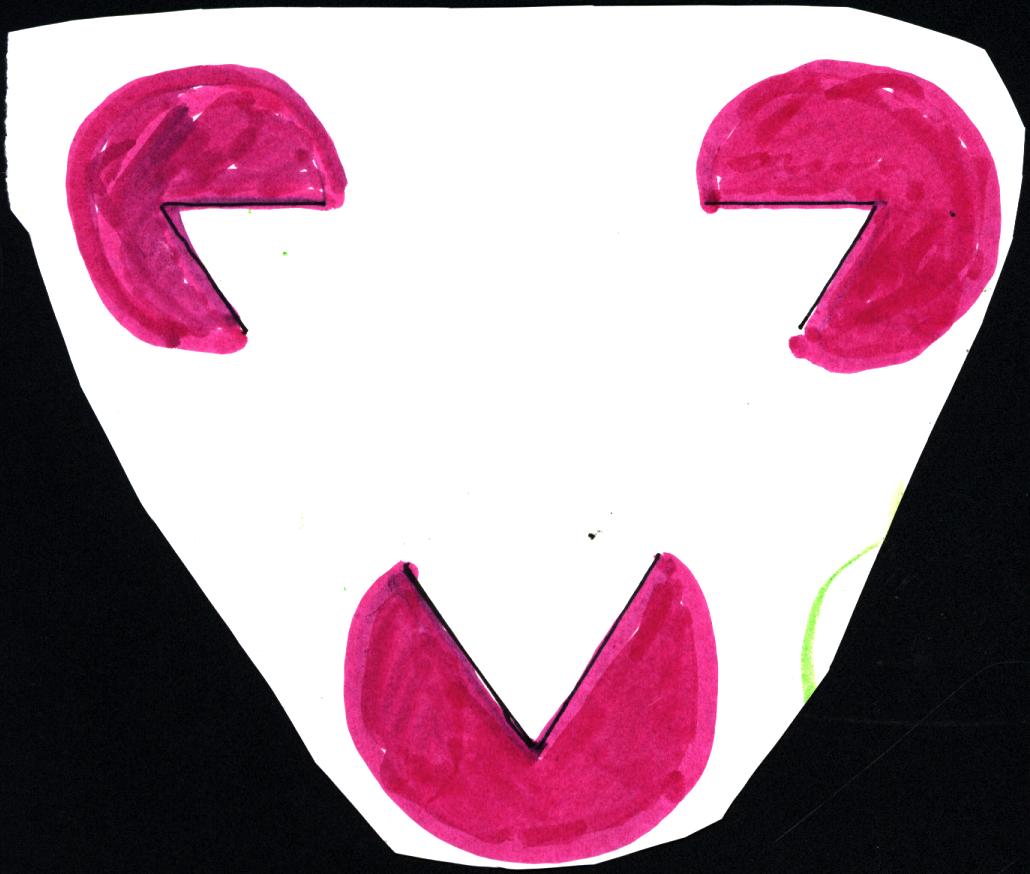 kaniza%20triangle1030×874 66 KB
A resource. A transitional phase. A capacity for Para-consistent Logic. 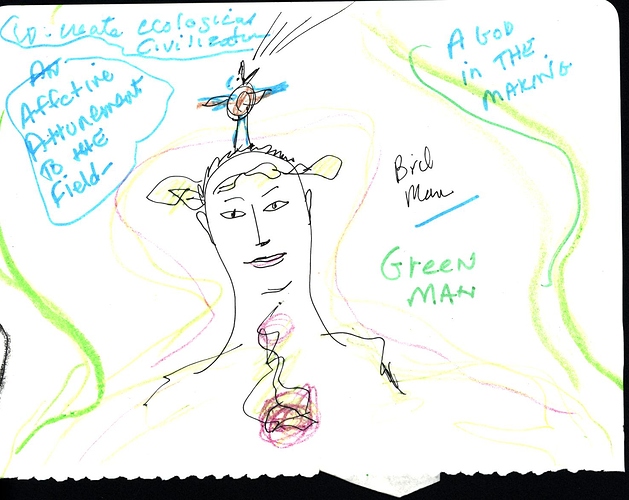 birdman1472×1169 139 KB
The God in the Making who is able to embrace the Modern Ego and the Magical and the Mythical. The possible human made actual. The Higher Octave of the Integral. Transparency. Bliss
3 Likes
johnnydavis54 (john davis) August 6, 2018, 7:25pm #9

And when the Dragon won’t go away and can’t be avoided and you are not into the Heroic what does the Dragon want to have happen?

The dragon wants to eat my head off! It wants to devour my body whole—incinerate my testicles! This is how a dragon shows its love…which admittedly, doesn’t translate well into human terms. I must not take the dragon too seriously, yet the dragon is that which demands to be taken seriously. Yet I must question such demands. The dragon secretly wants me to do this (questioning), anyway—it adores cool-headed inquiry, which only increases the rage and intensity of its flames! This is probably because the dragon is an occult opera singer, who wants to be heard…more than acknowledged; reckoned with…who seeks its most pellucid, transcendent, bone-quaking voice to sear its song into my soul.