First meeting to work on co-op vision and structure.

Marco discusses the need he thinks a cooperative for writers & artists can meet. He touches on the concept of Creative Democracy. After Richard leaves, Marco, Mary, and Jeremy stay on briefly to discuss editorial philosophy in the context of Metapsychosis journal. 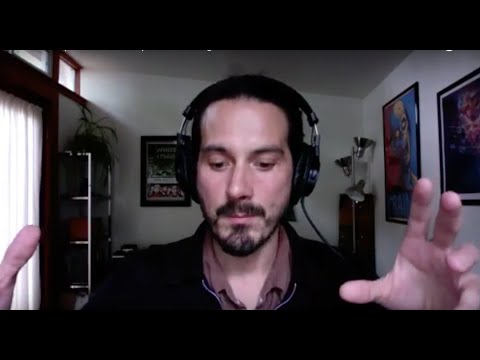 I dreamed last night after watching this video that I was in a dark space with strange images, one of them was of Mt. Rushmore (rush-more?) and there were the presidents of the US and my father was there ( a cruel patriarch) declaring there was no hope and that the dark was to become perpetual. Refusing to accept his prediction I found a match and a companion was there in the dark, who was very nervous, and I knew we only had a brief chance to light up the darkness and he found a strip of paper, and I struck the match, and lit up his strip of paper and we looked for more material that would catch the light. I was confident we would dispel the darkness and escape the fate of the doomed patriarchy-

And a brief summary of what I was most drawn to in the video with a question that doesn’t need an answer really. I just pose an open ended question as a prompt for developing the metaphorical constructs that are being shared

Marco says," The next step is to flesh out the vision…bring more people into the conversation…create actual structures…lift ourselves to a healthier place…

And when lift ourselves to a healthier place what happens next?

Mary speaks of desire, and cellular intelligence," A sperm enters the cell and releases a massive release of light-this model is very crucial to me-"

And where does that massive release of light come from?

And Jeremy, when speaking of editorial philosophy," leaves room for unknowableness…the Trojan Horse… opening up to the uncanny ( with his left finger Jeremy traces a figure eight) and a strange infinite loop…

And is there a relationship between the Trojan Horse… the strange infinite loop… and the poet who wants to let it out?

Also Marco I would invite you to recall our previous dialogue, when you used the acupuncture metaphor. That precision, the activation of the meridians, etc. Is there anything else about acupuncture?

And a dream about striking a match…and lift ourselves to a healthier place…and a massive release of light…the strange infinite loop…with all of that…what are the patterns that connect?

As always, John, thank you for generous reflections. I will see what I can reflect back in response to your questions addressing me specifically…

And when lift ourselves to a healthier place what happens next?

I think we become a lot more capable of doing our work in the world, because we’re sustained by and sustaining each other on the levels that many of us struggle with currently—the economic and social structures we’re enmeshed in, which live off a kind of spiritual parasitism and reinforce a dualistic culture.

Next we become coherent, we get organismized, which allows us to become more diverse because we have more free time and energy to put into our creative projects and experimental identities; this in turn lets us reach deeper and further into the world yet, engage more people, exploit the cracks in the edifice of moribund capitalism to push through new life.

Also Marco I would invite you to recall our previous dialogue, when you used the acupuncture metaphor. That precision, the activation of the meridians, etc. Is there anything else about acupuncture?

Perhaps I need to make fewer but more precise and meaningful incursions. Or perhaps I need to experiment with more subtle needles of inquiry. I don’t know! But I like the image.

“We become coherent, we get organismized”, Organismized is a new word for me-or perhaps a misspelling? Is there anything else about organismized? And you have a right to know-if you made up this word-what this word might mean. Shakespeare as I recall made up quite a few words but he was operating in a primarily oral culture without wide use of dictionary.

I wish I had world enough and time to attend today’s meet but the time/space coordinates are not working out. It would be fun to explicate these words, open them up, find shapes and sizes, and exploit the cracks between dimensions of our emerging vocabularies.

I am reminded that geometers had to imagine a non-Euclidean geometry. They did so by wrestling with Euclid’s Fifth postulate. These efforts to stabilize Euclid actually produced more anomalies and broke up that, very flat world of Euclid and we are currently being morphed into new topologies that renew our shared reality. We need to pay attention carefully in the sliding contexts of our asynchronized communal events.

I am drawn to the interplay of written and oral communications and we maybe creating new ways of experimenting with these two ways of working with information/energetics… A vast topic!

Re: “Organismized,” I’ve been playing with coming up with a word that’s less subtly technocratic-sounding than “organize,” but connotes a similar sense of “getting our shit together,” via organic synthesis.

Maybe this has to do with your non-Euclidian social topologies, needing some new language to describe the vital impulses and structural patterns of this space.

This is probably not a word that’s going to stick.