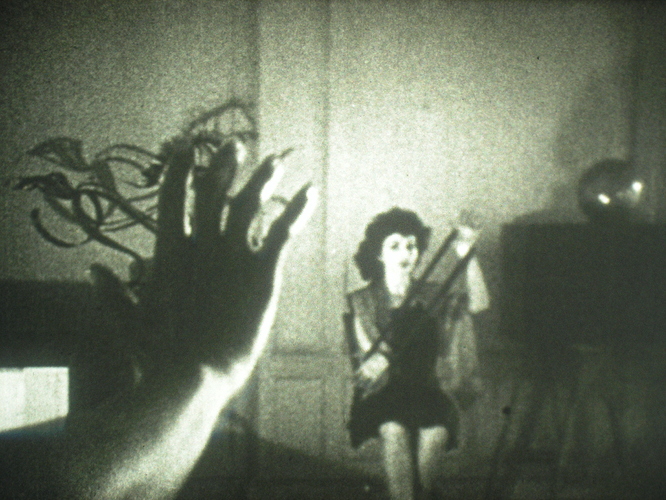 In the rhythmic pulse of your cuts between images, as well as in the sense of evanescent mystery that they generate, the poems from this book remind me of the 1940s experimental films of Maya Deren. Deren was avant-garde in a particular way; her makeshift improvisations, although playful, were not random. Vision drove formal invention, rather than the other way around. Your use of the forward slash instead of the period is quite intriguing, and, I think, illustrative of your general approach. (I also used forward slashes instead of periods in poems written during the 90s, when I was questioning every element of poetic layout.) Going back to Deren again, and the way that she transformed what should have been simple devices into a means of incantation, the effect produced by these forward slashes is more like that of a film edit, or a tiny cut and splice in the fabric of time/space, rather than the factual ending of a line. As your images unfold, their movement is somehow both disjunctive and melodious.