The Marvelous Mythos of Black Panther

The Marvelous Mythos of Black Panther

We warmly welcome Darrell Hester (Mythos Collective) and Zachary Feder to Metapsychosis. Zachary, a writer and interlocutor on our forum at Infinite Conversations, contacted Darrell after seeing on…

Of the recapitulative reading I’ve been doing in the past few days, this article stood out on the subject of ‘how myth and history interact’…

“Black Panther” and the Invention of “Africa”

In Ryan Coogler’s film, the hero and his antagonist are essentially duelling responses to five centuries of African exploitation at the hands of the West.

Interesting point of view, also. I noted he had this to say about the gender politics of the film « T’Challa engages with his female counterparts as equals; Killmonger kills two women and assaults a third. Their political positions may be equally compelling; their ideas about gender are not. » I thought this an interesting point. I was struck by this idea that « Africa » has been more fiction than reality for centuries, and also by the policy of « no return ». These are deep issues of diaspora which challenge overly simple readings of productions such as this.

First, let me say that in my adult life, I haven’t generally been a big super-hero / action movie fan—although I am definitely a sci-fi fan, and most of all, an appreciator of great narrative—so whatever personal aesthetic overwhelm I might have felt in the fight/battle scenes (less is more, for my taste) and general genre resistance to the blockbuster style (a critical-theoretic brand skepticism), had to be made up for by the other qualities of the film, or its wider significance as a cultural event—otherwise, I wouldn’t have coughed up the nearly $20 for the Regal Premium Experience™ at our brand new cinematic wombsphere at the Twin Peaks Mall, with the plush recliner seats and surreal-size drink holders in beefy armrests. I would have let it pass as consumer spectacle. But Black Panther is so much more than that. Not just a sensory feast, but a depth event; a complex, nuanced, visionary story—well worth immersion in an all-encompassing cave of fantastic dreams.

This review, I feel, captures the dynamic scope of the film in the context of the moral, historical, and univeral-human questions it asks:

There are a great many things that make Black Panther a Marvel film like no other, but one of the most striking things about it is how thoroughly familiar the world of Wakanda feels. Not in the sense that you’ve seen anything like it before (trust...

) encapsulates the creative exuberance which I think belong to the film’s comic roots and Afrofuturist style: 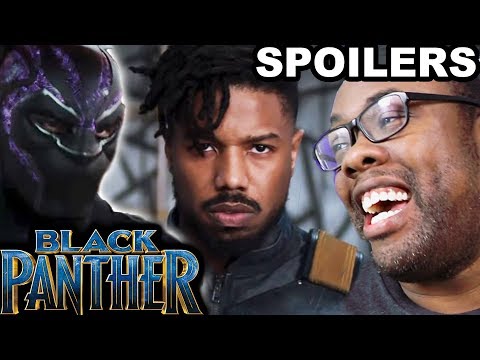 Somene’s been eating their Vibranium.

Especially intriguing to me is how the conflict between T’Challa and Erik Killmonger has deep roots in intellectual history, as the divergent paths of militant-revolutionaries and integrative-reformists in framing the struggle for liberation. This is the same argument that played out between Ralph Ellison and Amiri Baraka, which was the subject for this mind-jam session here :

In the movie, when combined with the themes of family, revenge, and redemption—this conflict made for great drama! That said, a part of me hoped that T’Challah and Killmonger could have found a way to collaborate—since clearly, each was holding an important part of the truth, and a hybrid revolutionary-integrative approach could be the most powerful way to achieve mutual goals. But there was question about the ethical use of power, which I don’t think Killmonger was ready to face, blinded as he was by his passions for vengeance and justice. Would he really have been living in bondage if he could have worked with that Wakandan power structure (which had a lot going for it, you have to admit) in service to the whole world, rather than commandeering this power for his own violent ends?

Indeed, perhaps the eeriest part of the movie to me was the scene when Killmonger takes the throne after (legitimately) disposing of T-Challah in combat. It reminded me of nothing so much as when Donald Trump (the populist outsider, yet hereditary insider, to the ruling class) assumed power after the election. You could see the same aghast horror in the political class as they were forced to honor his victory.

It goes without saying that Killmonger’s plan is reckless and insane, and would cause chaos and world war. (I did find it odd that the weenie white CIA agent turns out to be a hero for helping to thwart Killmonger’s plans in the end…hmm…deep-state messaging?) It’s important that T’Challa ‘wins’ in the end, and order is restored. But the damage is done. Wakanda’s sphere of immunity has been punctured—and the outside world can no longer be considered a separate reality anymore. There must be rapprochement.

Perhaps, in a way, the movie performs a similar act of ‘sphere-puncturing’ on a cultural level. In imagining a black utopia, with wise leadership, on the verge of integrating the modern and postmodern with the traditional and tribal on a planetary scale, amidst the real complexities of global historical struggle, we dispel the illusion that some such humane synthesis couldn’t be possible.

Addendum: Just got this in one of my feeds, looks good… 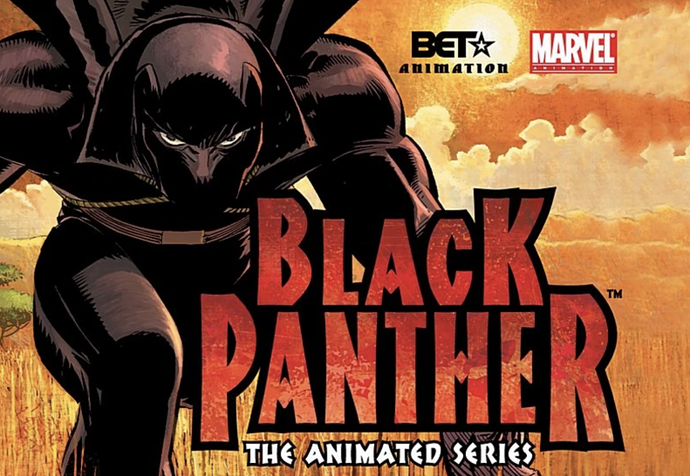 Last month, I was thrilled to learn of a talk coming to my town called “The Writers of Wakanda.” I scored a (free) ticket, thinking that maybe the massive blockbuster movie’s director/writer Ryan Coogler might make an appearance (or his co-writer Joe...