I think this is another case of cross posting madness! Easy to do on this site.

Hey, Mark thanks a lot for posting this, just finished it…so profoundly insightful.

I am guessing @Ariadne is referring to the Loren Eisley piece posted a couple months ago above. Just a guess though @Mark_Jabbour

I watched (and enjoyed) the last (11/1/2018) Life Devine chat whence @Geoffreyjen_Edwards mentioned Loren Eiseley, which rang a bell, which sent me to my bookshelf and yes, I’ve read a number of his essays, half a century ago, which are quite good, w/r/t writing as well as thought. Which sent me to the web to look for some and I found this one–pertinent to that discussion as well as this one. Here’s the link: See y’all Tuesday. gonna miss you @achronon.

Also wondering who this mystery bird philosopher is, Maia? I wouldn’t mind reflecting on that, if you could provide an essay by this mystery author.

Yes, I was indeed responding to the Eisley piece on the Fire Ape.
But, sorry, I don’t know what or who you mean by “bird philosopher”. If you explain further, I’d be happy to reply!

Oh! I think I know what you mean by “bird philosopher”. He is not a bird philosopher, he’s a modern day Druid (self-given name to his spiritual orientation, he’s an author and commentator on just about everything. Name is John Michael Greer. I just find that his statement about birds being the next apex species VERY interesting, but he does, in my opinion, say some lame things, too! 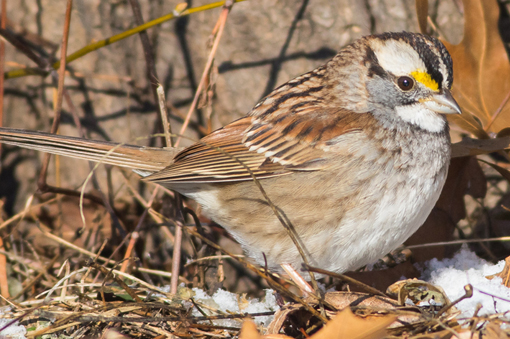 Today this showed up in my inbox, so had to post it, remembering Douglas’ story about hearing this bird and whistling back and her/his responding in kind… that story is still with me.
The Tsalagi/Cherokee call the sparrow Principle Bird (in the same way that they call themselves Principle People). This is a thread of my heritage I am following… There’s a lot for us learn about our avian friends, isn’t there?

Thank you for this, kind Friend! I had (previously) been unaware of such a strong connection to
mes amis aviens. Perhaps I had taken their existence for granted. When something is always present, we tend to tune out its significance. Johnny does his best to tune out the NYC noise in order to retain the liminal living. 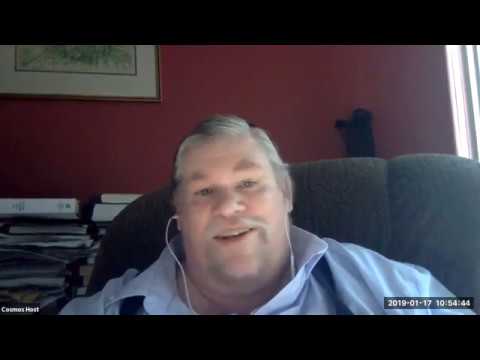 I am so deeply moved by what you express here, Douglas, all of it—your questions are my questions, your wonderings, too, and your reverence . What a beautiful sensitive being you are.

“Birds or trees or the wind… I am brought to tears of wonder right now… this is the life path that has beauty and meaning.” Oh, yes. Yes.

You’ll love this, Doug: while I was writing this very post, my beloved Song Sparrow sang out and I, as I always do, sang back. But here’s the thing: it was dark. Sparrows are not nocturnal. The lovely voice in the night was/is an unexpected gift, a synchronous gift for us all.

Wanted to respond to alll who ere part of the Bateson Reading Group (in the Video replay posted here) but don’t know how to respond to a group of people, and so doing it here, via Doug who posted the video. In this conversation, there was a wondering about how to integrate both slowing down and “intentional imagining” and so I wanted to mention a practice modality that I and several friends do in two-somes by phone (we either all live far away in spacetime or our schedules don’t mesh at all). We set aside a time period (say an hour a week) in which we connect by phone and do what some of us call “mutual spiritual direction”, which is slightly formal, that is, it has a format to it, but one that is very very flexible. We speak aloud experiences in the present in any of their modes or dimensions while the partner does not respond verbally, in the first, say five or ten minutes, only listens intently. Then we switch places, so to speak. Then we have a very very slowed-down and present moment focused “conversation” in which silences may be long or short between speaking, as in the Quaker tradition, eg, allowing silence to be the “vessel” out of which words arise in a measure pace. Variations on this basic form have been legion! We might intentionally create an imaginal interaction… or we might just go with the flow, literally, and have no direction or plan, see what emerges. So though I said “spiritual direction”, there is no actual “directing”, rather a lot of “following”, improvisation, spontaneity. With one partner, we sometimes broke into made-up chanting or harmonizing sounds. With another we tend to do visual imagining things or describe dreaming streams in real time that happen to start up. Occasionaly, we even do interactive “thinking” around subjects of deep meaning to us. It’s like experiencing the inside/outside of a “co-mind”. Some people do call this co-meditation, actually. I have never found a name that fully satisfies!
I am going on at this length because the question raised in the video takes the form for me of this: how do we learn to attune TOGETHER to invisible worlds…which is not the same thing as individually attuning, and obviously neither is “better”. I feel we need both/and /all and more…
Does anyone here have a practice in this regard? I would love to know what you all or any of you are practicing. Or if you don’t have a practice, why and how you feel about all this.
Obviously, no hurry or obligation to respond.

I am going on at this length because the question raised in the video takes the form for me of this: how do we learn to attune TOGETHER to invisible worlds…

Hi Maia! Thanks so much for sharing your process, it reminds me of something I did years ago within the Quaker context… I don’t really have an answer to your question, I just think that what you are refering to is this idea of a « field » thinking/voicing process we have been struggling to identify on this forum in diverse ways. Nora Bateson insists on the need to do this work from many different perspectives at the same time, and I think that is also what we have been trying to do. We still don’t understand the process « fully » (and maybe that’s not necessary, anyway, maybe the nature of the process is that it can’t be fully grasped…) but I think that, collectively, we are making some kind of progress. Your own contributions « in the margins » as it were, are not insignificant in this regard. It is a fundamentally liminal process in which the margins matter! My two cents (two cents also being a liminal reference!)

A “metacast” or “intercast” in response to Maia’s poem above! 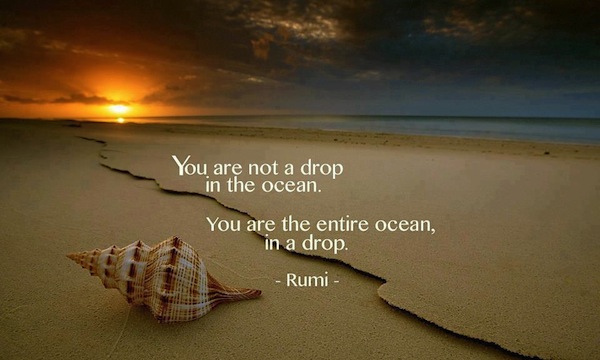 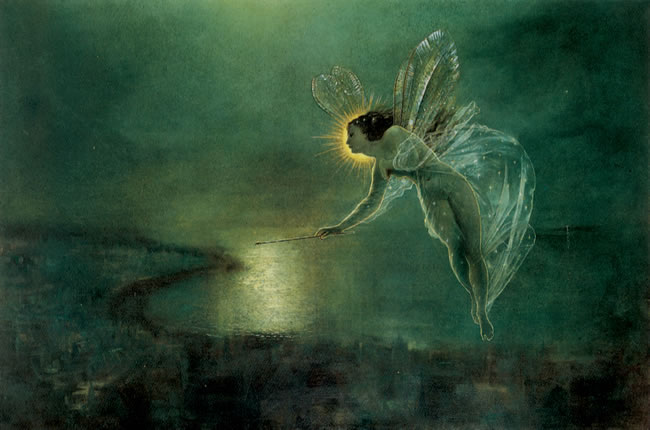 I am very Attuned to the flow of your Inspiration of Water Moves Mind/s.Thank U Marco

Thanks, Michael! Appreciating your maintenance man’s way of keeping our Café plumbing clear and the taps of spiritual hydration ON

Marco, don’t know if I can possibly reply with all the feeling I feel after listening to your musical creation, voice and guitar, reading and speaking about Secret Water–or, secret water…as you say, integral water, holy water, not the poem but the…

My eyes are overflowing with that water we all are and arise from and return to.
No way to thank you enough for listening— for hearing—as you do.

And the great Bateson…walking along a beach…bones on the beach and a horse shoe crab and wondering about the fragile ecology of selves…and I hear within the voices of your blue guitar a dash of Lorca, after he returned to Spain from his visit to New York, a city he loathed but he loved the white headed Bard of Manhatta, the great gringo poet Walt Whitman. Lorca was so entangled in Fascist Spain and was swept away… Something Mediterranean? And Seaweed? Salt air? …I’m not sure…I’m not sure…it’s like long distance viewing…the minds of others…fuzzy, near a gray shore…

Thank you ever so much for this Marco. Happy for you that you had the Sunday morning space. These words flow from your words. From Maia’s words. From our words and the shared waters of mind. I am typing as I listen as we know what you are saying before it is heard…

Maia’s poem, written in the moment, recorded in stone, waters flowing atop its words and freezing the moment in time. Songs sung, lyrics flung. Your semi-edited response reminds us of the limits of the written word…what can we convey on this forum? Peotry is a chosen path.You introduced sound, voice, guitar.

On the use of audio:

This is the idea behind the storytelling society, loosely imagined here in this post, crudely defined as I seem to do frequently:

I am slowing learning, a slow understanding of, the urgency @johnnydavis54 speaks of… the smell of salt is in the atmosphere a stroll like a drum roll, holding the tension.

Johnny, I am confused by your reply here. Not sure what you are pointing to or meaning, could you clarify? Thank you!

In Marco’s intro he mentions Gregory Bateson, an ecologist we are studying. Bateson often asked what is the pattern of relationship that connects the horse shoe crab with the human? Marco mentions secret water, alluding to your poem and I heard his guitar and we had previously discussed at a Cafe Wallace Steven’s Blue Guitar and with all of that…secret water…and a blue guitar… I saw Bateson, barefoot, in a white flannel at the beach…gazing at bones…kind of chill…and trying to makes sense…and then I heard the guitar music and felt Marco’s Spanish cultural influences…and it felt warmer…I knew his mother was beautiful and came from Latin America…his father Italian…and I sensed that Lorca who hated America but loved Walt Whitman runs deep in the background…and something happened near the Mediterranean…I am not trying to present any evidence for anything…it is very fuzzy…out of focus…soft…pleasant…a nice rhythm… mixed voices, sorry if I convey little clarity, Ariadne, as my left brain took a holiday…

No, it’s wonderful! I just didn’t get the link which started the stream of associations off.
I love “right brain” unfurling which also includes “concepts” from left brain, and that’s what you’ve unrolled. Thanks!

A “metacast” or “intercast” in response to Maia’s poem above!

Love these Batesonian interleavings and entanglements! Your reading of Maia’s poem felt green and wet to me, like dew drops on newly formed leaves. Wonderful!

Hey! No votes needed here, JohnnyD, but I always welcome your support as a true sign that I am heading in the right direction

Hey, Katina, where are you? I miss your precious voice and strange insights. Is there any support that you need? Don’t be a stranger!