This is the second of seven planned sessions (currently scheduled every two weeks) encompassing a collective reading of Bortoft’s book. Planned are the first two chapters – approximately the first half – of Part II “Goethe’s Scientific Consciousness”.

Although introduced in the first part of the book, this essay focuses in particular on Goethe’s approach to science, his scientific consciousness. Since Kuhn’s seminal essay The Structure of Scientific Revolutions (2nd Enlarged Edition, Chicago: University of Chicago Press, 1970) there has been more openness to approaches to science which are not necessarily fashionable, which is necessary if we are to understand how science has developed historically. Oddly enough, there has been more criticism of Goethe’s science from students of the humanities than from mainstream scientists themselves. Experimental psychologists of color, for example, look upon Goethe as one of the founders of their science, and his scientific method and the philosophy of science which it reflects are also taken seriously by modern physicists. What mattered to Goethe was the way of seeing which influenced the facts that were observed. What is experienced in this way cannot be grasped like an object (just like the meaning of a text cannot be grasped as an object), but rather what is encountered is the “organization or unity of the world” (p. 34). To understand Goethe’s way of seeing, we need to experience it for ourselves.

The first step in the investigation of this way of seeing is to review Newton’s own experiments and his subsequent theory of color, which was Goethe’s starting point as well. The fact that Newton himself viewed color as a sensation in the observer, his presentation of his results allowed his followers to quickly forget this idea. In the Copernican, and certainly Galilean desire to mathematize science, which had been further developed by the British empiricists, led to a distinction between primary qualities, (i.e., those which can be expressed as quantities) and secondary qualities (i.e., those which can only be expressed indirectly in mathematical terms). Newton’s notion of “refrangibility” enabled him to mathematize color. Goethe, on the other hand, required a more active attention to the phenomenon, that is, to truly “look” by putting our attention into the seeing itself. By replicating the observations entirely in one’s imagination – what Goethe called exakte sinnliche Phantasie, or “exact sensorial imagination” – one can penetrate deeper into the phenomenon. What one experiences in this way is what he referred to as the Urphänomen, or “primal or archetypal phenomenon”. In other words, “The world which we know is not in fact visible to the senses in the way it seems to be” (pp. 49-50). To the empiricists we know the world through experience, but Goethe’s approach demonstrates clearly that there is always a nonsensory factor in cognitive perception. As Bortoft phrases it, “purely sensory experience would be a state of difference without distinction, diversity without differentiation. It would be a condition of total multiplicity without unity […] a state of awareness without meaning” (p. 53).

What this points toward, according to Bortoft, is two distinct modes of consciousness: (1) the analytical mode, of science, which sees the world as composed of separate, solid bodies unrelated to each other; and (2) the holistic mode, which is dynamic, nonlinear, simultaneous, and intuitive, instead of verbal-intellectual. It is this latter mode of consciousness which opens a new dimension of the phenomenon, its depth. For Goethe, of course, this is not something which is given, so to speak, but “something to be achieved”, namely a perception attained by a change of consciousness, not by a process of rational thought (p. 72). This is, in effect, a shift from the intellectual to the intuitive mind, wherein the phenomenon becomes its own explanation.

Came across this interview to Robin Wall Kimmerer, NY Prof. of environmental and forest biology, who speaks of the “lens of the indigenous worldview” and how that should complement the scientific one. Found that inspiring and in line with our topic here… 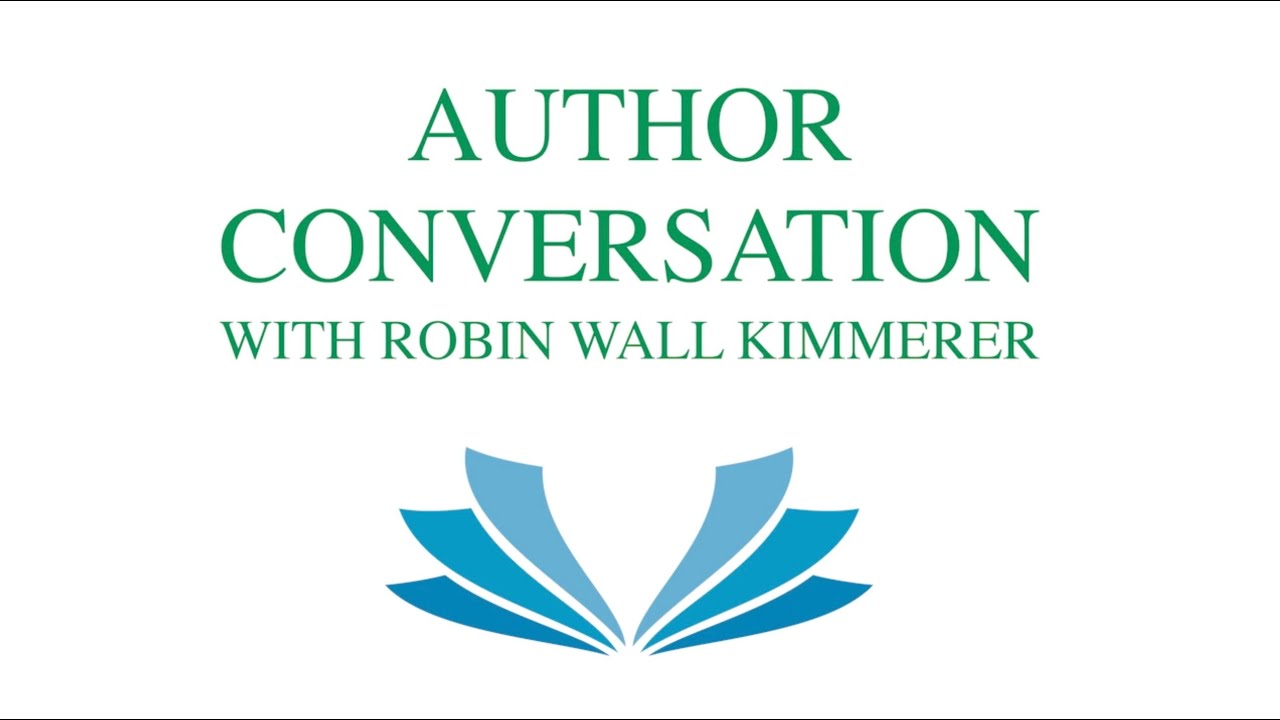 Another interesting video of someone talking about Goethe: 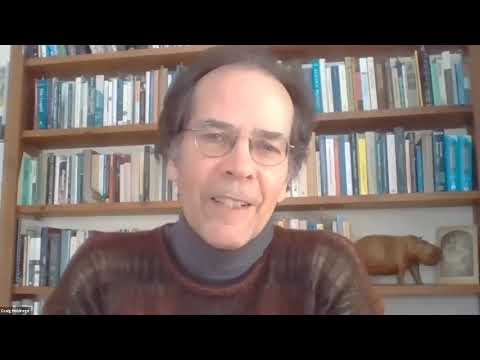 A few of the references from today’s session:

We poor myopic humans, with neither the raptor’s gift of long-distance acuity, nor the talents of a housefly for panoramic vision. However, with our big brains, we are at least aware of the limits of our vision. With a degree of humility rare in our species, we acknowledge there is much we can’t see, and so contrive remarkable ways to observe the world. Infrared satellite imagery, optical telescopes, and the Hubble space telescope bring vastness within our visual sphere. Electron microscopes let us wander the remote universe of our own cells. But at the middle scale, that of the unaided eye, our senses seem to be strangely dulled. With sophisticated technology, we strive to see what is beyond us, but are often blind to the myriad sparkling facets that lie so close at hand. We think we’re seeing when we’ve only scratched the surface. Our acuity at this middle scale seems diminished, not by any failing of the eyes, but by the willingness of the mind. Has the power of our devices led us to distrust our unaided eyes? Or have we become dismissive of what takes no technology but only time and patience to perceive? Attentiveness alone can rival the most powerful magnifying lens.

Now go out there and climb a tree for science-sake

Thanks, Doug, for posting the link to the Owen Barfield talk at the end of the month. Here are the other things I mentioned:

Lorraine Daston has written about the history of objectivity in science. Fascinating. She just published a book about it, but there are articles out there that give you the gist of it without the book-length time commitment.

Julian Jaynes https://www.julianjaynes.org/about/about-jaynes-theory/overview/ Not advocating it, just providing it for reference.

Similarly, Leonard Schlain’s The Alphabet vs. the Goddess

Thanks all for doing this. It’s very important to my ongoing work.

I Found this piece this morning - another Riff on Receptivity/Open I was
attempting to Express: The Choreography of Rapport — Tune Into Leadership

In an address entitled “ Focus: The Secret to High Performance and Fulfilment, ” author and psychologist Daniel Goleman spoke of attention being under siege and described rapport, a key element of communication, as missing in our daily...

In a recent New York Times article, critically acclaimed choreographer Twyla Tharp talked about process and philosophy over the span of her forty-year career. While working on a new project Tharp changed her hours to match those of her dancers in Germany, saying: “I project myself into their bodies. You’ve got to know how their body is feeling.” Tharp wanted to be in sync with her dancers, adding, “You have to think in three dimensions. Movement is energy and space and time.”

Yes, thank you, Doug, for processing the video and adding those reference links!

Here’s that riff I shared, inspired by the White Body Supremacy thread

I called the piece above a ‘riff’ in the B sense of incorporating ‘repeated phrases, ideas, or situations’ in an improvisatory flight. I would not tend to call it a ‘poem’ because its lacks (in my feeling) the intentionality and wholeness of a poem. These are fragments of a murdered psyche.

However, as I am always doing, I will receive and recombine sensory and intellectual impressions, in order to say or mean something that doesn’t fit neatly into declarative sentences.

I started with a feeling in my heart, gut, and whole body, which was vibrating with the image held in mind (and the reality of the image—the man hanging, the tree, the onlookers—sensing the texture of black and white, the pixels of the image on my screen and the photographic paper these were based on, a graphite #2 pencil in hand), and I was contemplating the relentlessness of incarnation—which you can hear, for example, in a John Coltrane solo.

I drew a black bar in the middle of the page, then underneath it began to write my splattering of cognitive associations, guided (I felt) by a covert cosmological intuition, which remained mute in some stubborn way. And then the line came (inspired by Goethe’s theory of color as emergent from the play of dark and light, as witnessed in the prism experiments described by Bortoft in our reading):

“When my blues bloomed violet, I knew black was almost back…”

Which, as one can both see and visualize for oneself (empirically!), is just how the primal phenomenon works. The rest flowed from there. Of the deeds and sufferings of lights, a mere shard—infinite participant.

I am happy enough with the experiment to share the story of my process, which is really a group story, but I still want to note that if I/we were to continue such improvising, composting, and re-composing, we would likely grow more fertile soil for thought.