Donna Haraway’s book Staying with the Trouble has come up a few times this past year on Infinite Conversations and provides an excellent way to follow through on many of threads we’ve been working with over the past year(s) around ecological thinking and our response to planetary crisis. The Introduction provided will serve as a gateway into Haraway’s “troublesome” Indra’s net-work .

Introduction to Staying with the Trouble

Just a heads-up from my own personal vantage point:

If we’re talking about a chat about just the Intro, no problem.

But, when @johnnydavis54 starts talking about “deep dives”, I start thinking the whole book. As was the case with @care_save’s interest in tackling The Patterning Instinct, I have no room in my schedule till at least October. We may (or may not) finish our Axial age project before my US trip in the second-half of September, and the weekly CCafés require some prep, too.

If we’re talking about a chat about just the Intro, no problem.

That’s what I’m talking about as of now…!

) + the Quantum and Axial Age explorations, a few of us need to take it easy

I do like that this one is available online for those who may need a break on book purchases. Others have also mentioned grabbing a copy last year when we Haraway was being considered. I think the introduction is fun and serious. We can wait on the remainder of the book.

I think we have already done a chapter from Haraway’s book. I agree that it may be too much for a Cafe and so we can do a deeper dive in the Fall. There are so many podcasts and videos that are easily assimilated during the heat waves of August. I advocate for that. We could set up a deep dive in the Fall. Haraway is not a big book and could be managed in two or three sessions. We could invite Jeremy to join us. The Patterning Instinct I know nothing about. If some one wants to sponsor that book, I would be interested. My feeling is the books that get sponsored, and have a circle of support, can sustain attention. The drop out rate can be prevented if we prepare the reading better. I am reluctant for us to just become another information dump. There is a need to integrate what we study, not just gather more info. Chunk down and chunk slow.

The Patterning Instinct I know nothing about.

Neither do I, but it was one that @care_save was interested in, and which does have potential, at least from what little I’ve gleaned about it.

But, thank you for making the bigger point: sometimes getting a taste of something now makes it easier to think about a bigger portion later. That’s what I wanted to say. If we looked at, say, the Intro in a CCafé, great. If we considered a satellite video of some aspect of the text, great. But if we want to dive deeply into the whole text, that my need a more generous planning, like was done for the Axial Age, especially since it looks like we’re making better progress than originally expected. (Of course, I like to attribute that fact to the group that got together to do the project.

like was done for the Axial Age, especially since it looks like we’re making better progress than originally expected.

Yes, I agree. The Axial Age was prepared for. And I think this takes a personal relationship to the book and a small core group to make it happen. 99% of success, according to Woody Allen, is showing up. Getting people to show up, in our frenzied social worlds, is sometimes a challenge

Hi all, thanks @Douggins for the nudge/invitation.
Given what’s happening in the Amazon at the moment (for which I have no words) this Haraway text is appropriate reading.
See you on Sep 3.

Yes, we need some highly imaginative poets to give voice to this horror story. If this catasphophic event fails to mobilize attention, nothing will.

I have a clear blue sky and a cool breeze here in Manhattan but a hurricane is coming to Florida and the cost of food is rising, one of the last academic bookstores in the city is going out of business. Every public space around me is being remodeled into a sterile corporate zone. We enjoy the beauty of relationships, even as they are vanishing. And what is coming at us cannot be adequately prepared for. I am going out to buy some string so I can learn how to perform the cat’s cradle. It can help me, perhaps, deal with the stress. Haraway uses this game as a metaphor. Keep it going as long as you can without messing it up. 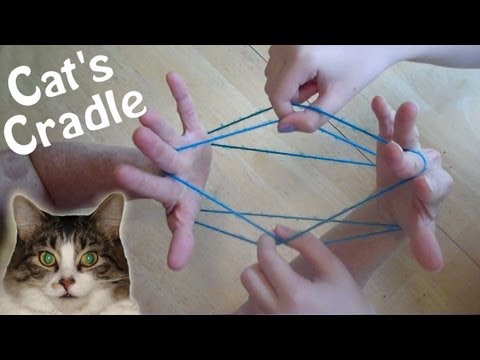 I found this talk, by two very skillful readers of Haraway and related theorists, pretty stimulating. If you’re looking for some extra preparatory materials, this could help get some neurons buzzing before the Café.

I’m so looking forward to this! This will be my first CAFE in a long while. I’ve been an admirer from afar now I’m jumping into the fray for this talk.

I’ve invited some friends via Facebook (ugh, that platform still feels like a necessary evil for promotions!). [Timely–the meeting I’m in now (as I comment) with @Heyhung and @madrush is about how do we foster integration of folks we reach out to even while/as we’re making a specific invitation, like, to this Cafe, or to a job opportunity?] Anyhow… whoever shows up will be perfect, and I’m sure we’ll have the conversation that only we can have.

I will not be able to attend today. (and likely next week). Have Some SF Fun!

whoever shows up will be perfect, and I’m sure we’ll have the conversation that only we can have.

I will show up with some questions. I don’t expect anyone to be able to answer them but I will ask them anyway. I am sure each of us has a different set of questions. I am open to what others are puzzled by, too, as this creates a more dynamic flow. We will, no doubt, come up with something useful.

An opening I often use with groups," Where would you like to start?" That helps.

Just as a follow-on, especially for @madrush, here’s a link to one (of I would guess, several “key”) hermetic text(s) that “summarize(s)” the neo-platonic world view. Got trampled by the Enlightenment, but didn’t die. When considered in terms of, well, as the text says, “general principles”, it is surprising how far you can get, even in the quantum world.

So mote it be.

Thanks, Ed! I recall watching a very good talk by Jason Reza on the rebirth of Neoplatonism during the Renaissance partly through the translations of Marsilio Ficino. One tends associate Plato’s philosophy with the theory of Forms…but the notion of a vibratory universe in (neo)platonic thought is new information for me. I will check out The Kybalion. I have heard of that before, too, but never read it…

the neo-platonic world view. Got trampled by the Enlightenment, but didn’t die.

I agree and I would add that many of the Gnostics were a street wise, enslaved class version of the upper class Neo-platonists. I am moved to discover that many of the great thinker-activists of that period had been slaves, and many would claim that Christianity was a religion of slaves. Many of the early Christians were also Gnostic. As we are at the brink of the collapse of the American Empire, I imagine many Gnostic voices can be heard, as was the case when Rome started to fall apart. I appreciate that you noted that I was Gnostic. This world is created by Trickster, and I pledge allegiance not to Trickster, but to an Alien God. Western Occultism is full of explorations of liminal zones, those cracks in the Cosmic egg. The Romantic Age was a celebration of this latent capacity and we are very much still in that age. The sixties was an irruption of the Romantic, and it may have gone underground, but is ever-present. How we carry these capacities across is not entirely in our control and yet we can continue to triangulate from the margins and have an influence. As James Baldwin,that great freedom fighter, asked," How can you look into the face of a child, and say, there is no hope?"