Works for me, I have started reading it also.

Is there someone volunteering to set up a page for our Grammatical-Mirror session? Or is my asking what was understood in the military as “volunteering”?

Is there someone volunteering to set up a page for our Grammatical-Mirror session?

I nominate you, Ed, to set up the page. You already know the text and so you can give us a head start. Thanks!

a little Korzybski without having read his book or even being aware of who he was.
[/quote]

here is a an abridged version of Korzybski available, Selections from Science and Sanity which provides a sound introduction to what he’s about,

I found this talk by Nora Bateson for those who have an interest in maps and territories. Her book, Small Arcs of Larger Circles, is a move towards third order systems thinking.This might be a topic for a future Cosmos Cafe. For those who have a third ear let them hear!

Thank you all for these delicious comments and videos.

I just watched the Stuart Davis video and was delighted to see a kind of “depth dimension” in his conlang. Granted it didn’t encompass the type of paradox that Steve Rosen says is implicit in the depth dimension, but it is a step in an interesting direction. There are similar such systems of new language being experimented with all around the globe.

I think that as we increase the “dimensionality” of language (my website’s tagline is “taking language broadband”) we will use more ways to signify—whether it’s color, two (or more) dimensional graphic structure for “writing” or more use of the whole body for “saying”—is hard to predict at this point. Or we may evolve different types of languages for different contexts. Certainly, not much extra is needed to order a hamburger, fries, and a Coke, but certainly much more is needed to convey the multiple layers and mutual dependencies of an ecosystem, such as a pond.

Back in college I was interested in General System Theory. I thought it was such a good idea, and I couldn’t understand why it didn’t get better traction in the world of ideas. Decades later it dawned on me that it might not have become more widespread because we didn’t have a way to talk about systems that could convey the complexity—the layers, the interrelationships that were so much more than Subj-verb-Obj —especially if you considered the “parts” and the “wholes” to be sentient. In order for us to deal with the big issues of climate change, we need to have a language that can convey relationality in ways that aren’t just a reductionistic one-way-linear-causality. Yes, feedback loops, feedforward loops, but what about how what happens on a “sub” level affects a “supra” level (or maybe even skips a level and affects things two levels of wholeness “above” or “below” it, the way a recessive gene skips a generation (and spatial metaphors like “above” and “below” and their attendant assumptions would have to be altered, new terms invented).

I look forward to discussing the Gebser. I have often wanted to introduce new prepositions into English. When was the last time we got a new preposition??? A lot longer ago than we got new nouns and verbs!

Hi Lisa, I’m glad to see your reply. As it happens, my wife Kayla and I, and our two daughters, 8 and 4, watched the Conlanging film last night, which you mentioned in our last talk. Well, the little one fell asleep, but our older was enthralled (running to the kitchen to get a slice of pizza because she didn’t want to miss any) and I LOVED IT. What a fantastic—inclusive, educational, entertaining—feature on people who’s meaning-making manifests through such linguistic creativity. Highly recommended to anyone with a passion for language who hasn’t seen it yet.

Of course, I’d heard of Esparanto, and have read Tolkein, etc., but I had NO IDEA that a whole sub-culture exists of people dedicated to creating such a diversity of crafted tongues. It’s very cool to see them speaking their languages so fluently, and all the art and tangible artifacts they create to animate the worlds invoked by their words.

Conlanging, The Art Of Crafting Tongues

A feature documentary that tells the story of constructed languages and the people who make them.

Glad you’ll be reading Gebser with us, too. And I wonder, have you seen the film Arrival?

Hi Mario,I’ve been very engaged with this topic for a log time in my life,thank U for your everyone’s creativity…I want to a book that ran across a few years that in in the same waters,Listening,Thinking,Being-Toward an Ethics of Attunement,Lisbeth Lipari…I am experiencing a kind of spring-summer time transition in this world today,I smell the sea breeze of the future & AHHHH!!!.Peace Be With U & Everyone at Cosmos,Laughing BaldOne

A recorded conversation (one of many) that speaks of our times, here in the Cosmos and in the world at large.

I remember much of the conversation when I first listened to this Cafe in 2018. It has aged well…

I reviewed this one as I am doing a bit of Maroski internet perusal to better understand the origins of Consciously Evolving Language. Language in 2018 had a much different meaning than it does now. I came for the presentation and left with a better sense of what the Cosmos is about.

Ed reminds us that it isn’t a top down approach that changes a language, it is a shift in consciousness often brought about by the arts. Art is where culture is changed. Change our minds, our language will naturally follow. He refers to Gebser’s “Grammatical Mirror” (discussed in the following week’s Cafe).

There is much more in the conversation ignited by Lisa’s work and worth a (re)listen. This was Lisa’s “onboarding” to what she later in the talk states enthusiastically as having found her tribe. Yes, we are few but we certainly has an impelling story worth hearing. Thank you Lisa for bringing your ideas to the table!

And although I think we are developing toward being telepathic, I’m not there yet!!

Yesterday I came across a sensationalist (click-bait) title elon musk says neuralink brain chip will make language obsolete in 10 years. It reviews a segment of a talk with Joe Rogan from a year ago. It has been a few years since I examined the strange world of techno-utopian dreaming. This is techno-dreaming at its best (worst). Language will be obsolete, sways Musk, because Neuralink, if the technological curge continues at breakneck, will permit telepathic downloading. I become confused when I see 5 million views for a talk that imagines solely from the perspective that machines will overtake humans so it is best to merge with the machines and become cyborgs a la Musk and Neuralink. Our discussion here, resting humbly below 100 views, has many dreams too; ones that consider the dreams of Lisa, the cyborg a la Haraway, a messy human dream of humans and wholeness.

“Reengineering” came up in the Cafe (not just to piss John off, as was joked, but) because, as Marco suggests, the world is being reengineered . . . it is important to highlight the metaphors that we are trafficking" Musk uses brain as faulty machinery; human thinking as bits of information (machine information as terabits of thinking); the human as a programmable machine.

I did not want to steer any discussion into the realm of the Musk and Neuralink and technoutopian criticism. I bring it up as a reminder of what we are up against. I think this clip below from the recording provides an answer (from 1:43 to 1:58:44): 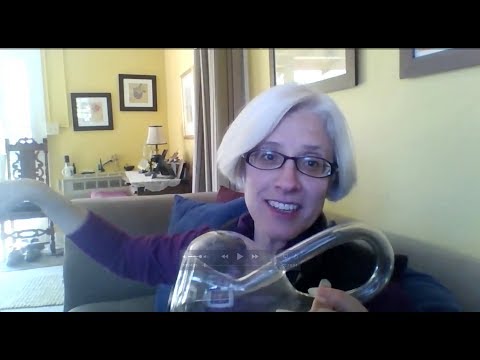 Some of us are considering a certain renewal of the languaging around how the Cosmos Coop is presented on the various websites, forums, about pages, etc. Towards the Formalization of Cosmos as a Cooperative. I like what is being said in this conversation by @achronon , @madrush, @Geoffreyjen_Edwards (here) and @johnnydavis54 (here) and consider our archive as an evolving language.