New York City is Floating Upon a Swarm of Thought-viruses

New York, New York, is a wonderful town
The Bronx is up and the Battery down
The people go around in a hole in the ground

The weather is wintry and wet this morning and the lines are long at the grocery store, lines around the block, a sea of umbrellas, an hour wait, at least. Everything I wanted to do this weekend has been cancelled. There is nowhere to go, nothing to do.

I sit at a Cafe on the second floor, looking down at the street, a good view of Union Square, where I sip coffee and muse upon my odd fate, with all of these odd people, waiting for God knows what, when an outburst happens-

" Fuck you , bitch, who is you that you can say that to me?" I turn around and watch a young black man, well dressed, in a nice rain coat, yelling obscenities at an elderly, white woman, who is quite frail, she probably has the virus, will be dead in a week. She said to him something offensive, and he is letting everyone know he won’t put up with it. She looks frail, shaken, not expecting this operatic outburst, this over the top attack. After giving her a last, blast of hot vitriol, he prepares to exit the scene. The rest of the patrons both black and white appear to be bored by this. I love it. He’s got rhythm. I like a sense of style. He has peaked, he has nowhere to go with this except to hit her. If he did, we would stop him, and he knows he would be in jail. He gathers his stuff and leaves the cafe, loudly, taking his gift for theatrical curses, to the street-

She ducks for cover. He has left but his mood is still in the air and she is forgetting, as she tries to recover her lost dignity, stacking up napkins on the table, in neat piles, trying to tidy up her broken mind.

One weird guy, who looks like an unshaven derelict, just out of jail, and who had told the black dude to shut up, returns to his coffee and paper, as if nothing had just happened, looking sleepy. I notice he has a ring on every finger. He could, if he took a swing, crack a jaw. He probably has a knife in his boot.

Most of us ignore the disturbance and keep our thought-feels private, not taking sides, a pseudo-neutrality.

The old white lady, turns to an old Caucasian dude and makes a few spiteful remarks, talking about " those people" and how badly they are raised, feeling quite safe to indulge in her racist rhetoric, and she is showing signs of early to middle dementia, so I fast forward out of this swamp of mixed signals and go out on the street, she is not going to tug on my heart strings, some old fuddy duddy, passive-aggressive, making wise cracks, acting innocent. I don’t like it that I can’t figure out who’s right, who’s wrong-

Umbrella up, I try to the catch the light, avoiding the big pools of dark water, the line around the block is longer, and Mack truck, as my right foot leaves the curb, blasts horn, enrages me. As I leap across, and the truck is caught by the red light, I turn without thought, and shout to the driver," Fuck you, asshole!"

On the other side of the street, as my foot touches the curb, and I am still here on planet earth, I feel a smile spread across my face and a sense of pride in the face of overwhelming odds seems to make my body float, dreamlike, towards the next encounter, an incoherent me, going nowhere fast, with a cast of characters, right out of central casting, an incoherent we, this cosmic theater, floating on a swarm of the ineffable, sparkling pixels, red, yellow, blue, a holographic entanglement, signifying nothing-

People go around in a hole in the ground-

Your Field Notes are appreciated John.Good to know that your Fire element is engaged in this Time of Change 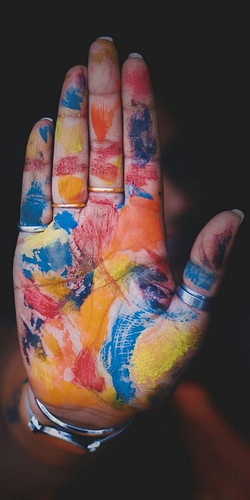 Shakespeare’s Cleopatra, as she says farewell to life, her final lines, are my very favorite-

I am fire and air, my other elements
I give to baser life

A new realism? With all the color of the ‘holographic entanglement,’ I still get that noir effect of a real-life black-and-white snapshot. There are soft, blurred shadows and ironies in this moment of consciousness and slice of life. Someone has misplaced the script in the cosmic theater and loose leaves are scattering in gusts of wind like a cough, random pages getting wet and dirty in storm drains. Thanks for sharing this poignant vignette, John. I am glad we have your eyes and ears on the ground. 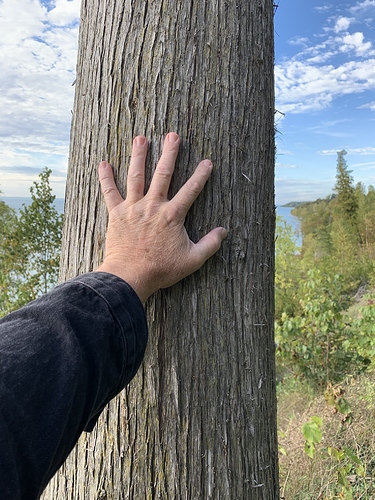