There is a Hydrogen Bomb on Your Raspberry Eyelid

Editor’s note: This is part two of a two-part series featuring Jenn’s poems. The first part is titled “Dialogues with the Inscrutable.” Also see Jenn’s appearance on the Infinite Conversations podcast discussing this series.

Linear entrances are escaped to make room for spiraled crossovers and run-throughs. A bonding specific to the shape of enzymes. Undeserving. They had the ability to see the reflections, and ignored the power of the sense. A number beyond calculation was hated unconsciously, and it lay itself open only to her.

On rooftops and deserted roadways, she would, in times of chemical storms, spread her legs across the sky to take in the pieces. If those ways could be set in her every cell, an achievement above superstitious palm tree shade could be wrought. No longer chains constructing a cycle of indigestion. She wants to see the sun in the most abstract way possible, farthest from firsthand the better. And she was on her way…

Suggesting movement, the assembly diagonally divides to escape eye contact. But the watch still reads 12:42. On the horizon, after the vaginal crevice that has been carved out of centuries of river existence, a UV ray is recognized as day. The claustrophobic nature of the government stood. Walls to be built up again.

More roof. An official decree to change the color of the atmosphere! The obvious lyrics ring too often. Shouting unison vocabulary to the proper figurehead, again, the burnt edges are passed by. Bullet proof glass serving its purpose. The watch/12:42. Desensitized to guns among acute sensing of knives!

Expansion and contraction; the breath of the lung the universe is! But wasn’t he right when he said it would contract!

And it is. One day she will have captured the sun from infinite positions, reflected in tin cans on the beach, the muted shine of brick walls.

Assembly harasses the conquistador and his push pin mistress. A compunctual reliance on the sex of animals. He was really a photographer.

A concession made because her lip sallowed so carefully. The crease part opened in a calculated simulation of arched feathers. He liked the skin texture of the chin. At least she was a rotten flamingo, barely absorbing the color of the food she ate, in her renegade consumption. She was reading.

Her skin displayed poor nutrition. A beak protruding from his aura longed to apprentice her, teach nutritional habits, to coddle her and feed her chewed morsels. Line after letter and word, the pauses of the space bar, she kept reading. Or was it the headphones. He took his shoes off. The spark on the winged insect’s mechanism defracted an energy ray and ricocheted the wave off of a window angled toward the vehicle. The E lit up and devoured the word, she went blind for a second as the bus broke off the matrimony of light and page, her eyes proceeded along with the speed limit of the road. He would have bought her some carrots.

An abrupt stop brought her electronics to a halt and a yellow tape tug to accompany her exit. Limp hair echoed to him, follow her. Vacant sentience entering physical residence…THEN…She stood on a platform in the middle of the room and spat out a sentence that shot through the heads and executed war with collective morality, a collection begun from the first exposure to that white light and true inhalation. A cough full with mucus of womb and fetus. This statement so profound and simplicit. It spun tops and cartwheels of ideological carnage out of all systems, a discreet spin cycle of turntable echo:

…and she broke a thin, young tube of glass, releasing a chasm of sperm into the heavy air. All around her watched as the descending pictures came from the ceiling, lathered in blue ejectiles holding each snapshot.

Everyone reached for their respective walls. Enclosing the glittered audience in solitaire sardine caskets, his view of her was obstructed and all that was left, her bare foot in the air. She imploded; her voice an integral fuse inside his finger. Shaking entrance into the wallpaper of auctionary fixtures. He noticed a special flick of memory as the picture tore between his arms. Submissive riot, they all relished in the approval. Shard of pulp, and they were one on the platform; frozen encapsulation of 20,000. Reduced to 11,010 after implosion. Assimilation. I closed my eyes and stepped out of my pencil sharpener. The phone cord was my communicatory intestine. I am a song of hybrid motion. Mannerisms of lactation draw in rejected catheters. The tardy progression of the seed production was halted because of her absorption. Lucid terminals continue evacuation into her spongy womb. A broken water. Small pod vomited, bulemic onto sheets of prime metal…Proper…The flick at the end of her flooded hair, descending cascade of droplets. A landscape, steel vegetable lush caught the inescapable blue tendencies of the desolate wind. Her violent heartbeat timing the drip from her amphibious locks. A percentage of her iridescent scales fall down, and she moves on, all fours. The puddle of her emergent body was left five feet behind her as her lilac face…

…and she drooled, thought to herself “I will sleep with the urgency of urination between my legs.” Hairs struck her back and stomach. She was shredding by the ashram. A furnace slug of shoes turned the opposite way of how one takes them off when they enter a Japanese bordello. She was staring at burning sticks through a lens of dog slobber. It was the deliberate mass of glowing sarcasm. They suffocated in the atmosphere of her dilated pupil…

She stood, a diamond on her shoulder, dressing her in vinegar. She stood long enough to transport her brainwave into his hands. Willpower overtook; a semi-expected answer. A special penetration into a different tongue would have been the outcome; their embrace reflected on the chandelier, and increased into the vortex, the continuous equal of other dimensions. No such
entrance was made. Proper spoken word occurred and a shoulder tap separated forward movement…

…the glare penetrates her eyelids. She looks over the rooftop to the asphalt below. The tops of all the cars stare at her with bleached white rays of sunlight. Tiny reflections of the star make themselves known, they do not discriminate and allow phosphorescent halos from the deepest black void. It burns deep into the skull, claiming her, singing her hair.

She is the X quotient, the variable, the volatile chemical. Her claws have groped and scaled…

What an impregnation! I saw volkswagens flying up into the celestial snatch and coming out greyhound buses!

Not quite an Immaculate Conception, and thank goodness for that. That duality is bridged and pulled together, shards and pieces erupting in the collision, the striving of the whole poem, through wound and healing, toward immanent, not transcendent, unity.

Strands of Maya’s web run down into our earthly realm, no longer so distant, redirected down to us through the skillful craft of Jenn Zahrt, and feel like they can be touched. The crazy mind manifests traces of the goddess. Jenn Zahrt’s voice mingles with that of the goddess. It comes through her and she strives to hold all together, but to let go too, so that there’s breathing, life.

The title of the poem is intriguing. It’s like something said by prodigal kids at their most snottily imaginative, poking fun at each other. “Oh yeah? (hand on hip) Well there is a hydrogen bomb on your raspberry eyelid.” (Comes the ole’ Bronx cheer in reply, or blowing a raspberry, while exaggeratedly batting the eyelids and putting thumb on nose).

I wonder how men and women read this poem, how each experiences it. I absolutely don’t want to drag gender politics in here, but one cannot but wonder. So many things pass through my mind reading this poem, including the following drawing by Alfred Kubin, entitled Le Saut de la mort, or Leap of Death. (No doubt this says something about me that this came to my mind!) 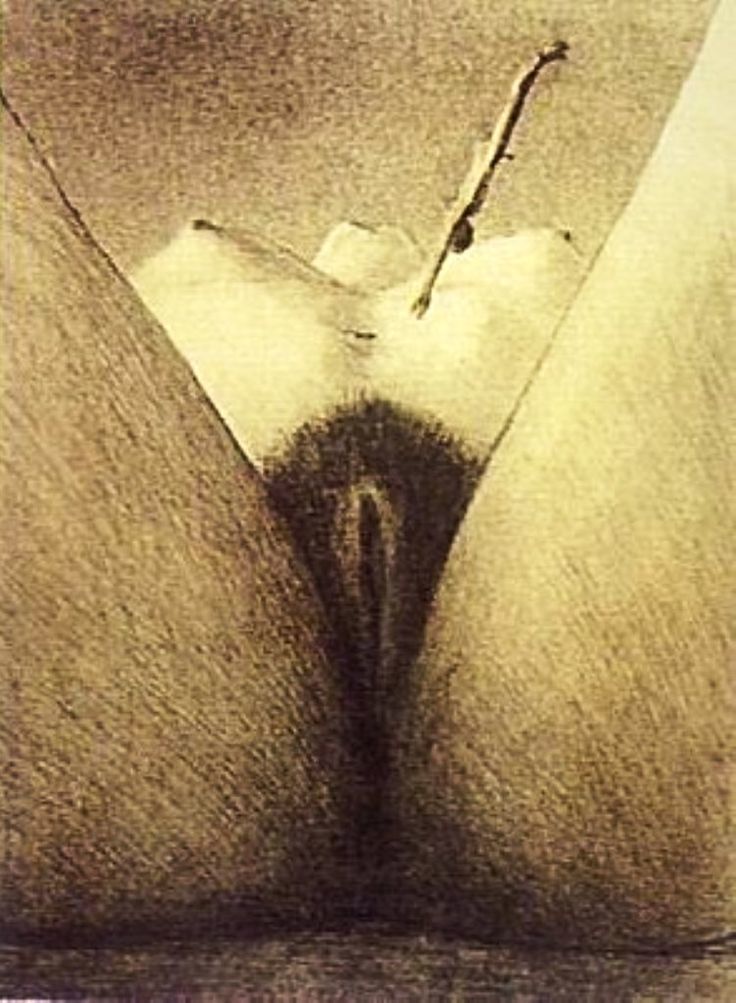