Is the Universe a Simulation?

Continuing the discussion from Who are We?—and What is the Universe?:

I think the question asked in video below (shared by Akrapravo in response to Who are We?—and What is the Universe?) would be fun to talk about in a Café session some day. I don’t take it literally, but as a thought experiment for exploring consciousness and other ways of knowing. It also hearkens to our Aurobindo reading and his critique of the idea of Maya as ‘cosmic illusion’.

Who are We?—and What is the Universe?

This may seem romantic, but the bigger perspective tends to scare me. If the universe is indeed a higher entity, and we are nothing more than ants on an ant hill and a higher intelligence is governing us, then everything is more or less deterministic and free will is just a good topic for discussion. Alternatively, various scientists and AI enthusiasts have suggested that the universe (and our existence) is merely a simulation (Yes! we can have a heated debate on this topic). 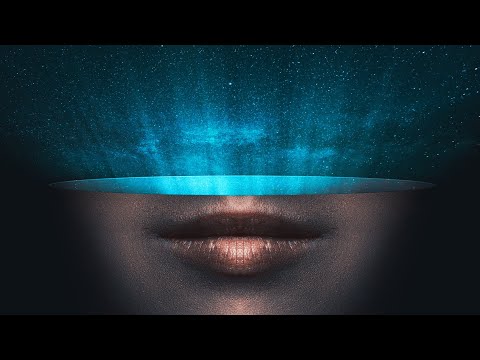 @arkapravo, maybe you could join us for a heated debate!

No, but an old book club I (or rather, we) were in read it a few years ago, I seem to recall. I may have skimmed a few pages but wasn’t interested and later quit the group.

But that reminds me of another book we read in Andrew’s book club, which it just so happens I wrote a review of. This is pre- Summer of Jest, pre- Infinite Conversations, nothing to do with universe simulation, I don’t think:

I will try to answer this question by referring to a brilliant article by Nietzsche, written in 1873, ‘On Truth and Lies in a Nonmoral Sense’, translated by Daniel Breazeale. Nietzsche starts off his essay in some style.

Once upon a time, in some out of the way corner of that universe which is dispersed into numberless twinkling solar systems, there was a star upon which clever beasts invented knowing. That was the most arrogant and mendacious minute of “world history,” but nevertheless, it was only a minute. After nature had drawn a few breaths, the star cooled and congealed, and the clever beasts had to die. – One might invent such a fable, and yet he still would not have adequately illustrated how miserable, how shadowy and transient, how aimless and arbitrary the human intellect looks within nature. There were eternities during which it did not exist. And when it is all over with the human intellect, nothing will have happened. For this intellect has no additional mission which would lead it beyond human life. Rather, it is human, and only its possessor and begetter takes it so solemnly – as though the world’s axis turned within it. But if we could communicate with the gnat, we would learn that he likewise flies through the air with the same solemnity, that he feels the flying center of the universe within himself. There is nothing so reprehensible and unimportant in nature that it would not immediately swell up like a balloon at the slightest puff of this power of knowing. And just as every porter wants to have an admirer, so even the proudest of men, the philosopher, supposes that he sees on all sides the eyes of the universe telescopically focused upon his action and thought.

The notion of truth and the labour to find it is a very human trait, the universe - being a more sophisticated and higher entity is rarely bothered about it. Attempting to find and abide by the workings of the truth lends us our humanly values and puts us at least on a higher platform than animals - who have no appreciation for truth.

Now, of course this inherent will to find the truth, contained to a very limited portion of the universe, in a limited scope of time, and limited by our corporeal beings, it becomes a very difficult job in extrapolation if not a laughable impossibility. Therefore our quest will need to stop at some point, at least we will knowingly need to accept the limitations or we will start to land up with half-truths which lack in logical translation.

Coming to the question, ‘Is the Universe a Simulation’. I will try to look at the question from three different points of view.

1) Simulation centric view everything is a simulation, the concept of reality is indeed realization of a beautiful simulation. This point of view is sure to appeal to the gamers. In games and VR, the attempt is to make the experience immersive, over a limitless world. I have recently played The Elder Scrolls V: Skyrim and Witcher-3 and I had started to feel the emotions and experience, the true essence of the fantastic world. If our world is a simulation - it has been done by far more sophiticated entities and we will never be able to decipher the truth. There is nothing to fear my friend - and a dragon will not burn you down, and you are in august company as Elon Musk also feels the same. The physicists feel so, (1) since our universe is dictated by physical constants - as the gravitational constant (G), speed of light (c), Planck’s constant (h) etc. typifying them as game parameters which has been ‘coded-in’ prior to the start of game play, and of course (2) the double slit experiment has provided a number of interesting results.

2) Probabilistic view the universe and our existence has happened after a great number of trial and errors, and this unique reality just has ‘happened to be’ - order out of chaos. Since the universe is so big, this hypothesis renders some serious thought, but even then this could have happened out of a simulation. And our reality is when simulation got all of it right.

3) Anthropocentric view we humans try to ensnare the life and time of the universe by our known technology. Simulation is a new age technology, known to us only over the last one hundred years, and we are trying to understand a billion year old universe with this new technology. In time, we may have more sophistication and therefore a better hypothesis.

From a literature and sci-fi point of view, (1) Gabriel Garcia Marquez’s One Hundred Years of Solitude, (2) John Crowley’s Little, Big (3) Daniel F. Galouye’s Simulacron-3 and various works of Philip K. Dick has subtle inquiries into the nature of reality. I will recommend reading Philip K. Dick’s essay, ‘How to Build a Universe That Doesn’t Fall Apart Two Days Later’. Or if you really are a crazy gamer, then try reading Yahtzee Croshaw’s ‘Mogworld’

(@madrush thank you for the privilege)

Enjoyed your review, well done, esp. this " He gives us an other to distract our self-hatred. We can hate him, and hate ourselves a little less." Seems spot on to me, if one is to be truly honest. there was a period in my literary past wherein I read a lot of Palahniuk, and felt his influence. He’s got a non-fiction one “Fugitives and Refugees: a walk in Portland, Oregon” (2003) which I read when I moved to Oregon in 04. I stopped reading him at some point, maybe with that one “choke”. Yes, The Book Club was a good gig, for a time. And yeah, one only has so much of it–time.

Hi Arkapravo~ thank you for your in depth response, including philosophical, literary, and scientific references. It is a fascinating question! It is also interesting to note that while the notion of a computer-generated simulated total-immersive experience is particularly modern, the underlying idea that the manifest universe we experience is illusory has deep roots in both Eastern and Western philosophy. It just that in the past we would ascribe the powers of creating such whole-world illusions either to gods or demigods or cosmic forces such as Maya—and now we imagine a super-powerful machine doing all the hard work.

Logically, the problem with positing an “unreal reality” is that we must also then posit a “real reality”—and how, then, do we know what this real reality contains? It is interesting that you quote Nietzsche because he also attacked this distinction between real and unreal (or merely apparent) worlds as itself illusory! A passage from Twilight of the Idols:

(The oldest form of the idea, relatively sensible, simple and persuasive. A circumlocution for the sentence, “I, Plato, am the truth.”)

(Progress of the idea: it becomes more subtle, insidious, incomprehensible – it becomes female, it becomes Christian.)

(At bottom, the old sun, but seen through mist and skepticism. The idea has become elusive, pale, Nordic, Konigsbergian)

(Gray morning, The first yawn of reason. The cockcrow of positivism)

I think Nietzsche’s main point is that there is no unmotivated conception of truth, no ‘pure’ knowledge quest. I think in the end, Nietzsche recognized that Art is the one area of human activity that can traffic in illusory worlds not only for the sake of telling truths in more compelling ways, but more so for the sake of life. Beauty (and perhaps, simulation?) keeps us going despite the ‘truth.’

@madrush Nietzsche has been one of my biggest influences. That short commentary about real world vs. anything else, is one of his best writings. Nietzsche meant ‘Twilight of the idols’ to be a summary to all of his work, and it is a wonderful jump of point to start reading Nietzsche. I would wish to believe that this article was particularly influenced by theological thoughts and opinions, the lacuna of the hallowed world, the proverbial kingdom of heaven. And, therefore our moral evaluations happen in a personal context than a global compass. However, the same argument can be used to contrast a real world vs. a world of simulation - as you have discussed above.

We can also look into the philosophical writings of Philip K. Dick to enlighten us.

At bottom, any answer we embrace would not be an answer at all and therefore, the question not be a question in the first place as well.

Yeah, as they say, “it’s turtles all the way down!” One of my fave quotes

We can also look into the philosophical writings of Philip K. Dick to enlighten us.

I’ve read a couple of his novels, and bits of the Exegesis—he is a fantastic author. The piece you shared on 'How to Build a Universe…" is really interesting and fun. PKD’s visions are also deeply disturbing, don’t get me wrong, but there is something warm and fuzzy in the heart of his characters that makes his work feel reassuring and hopeful in a weird way.

If we take the debate to the realm of medical science, then Libet’s experiment once again tends to illustrate that we are all puppets in a grand opera. 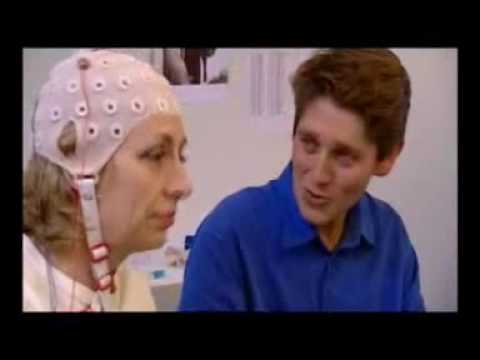 @madrush try reading ‘The Shifting Realities of Philip K. Dick’, some of the essays are brilliant.