For your synaesthetic pleasure: 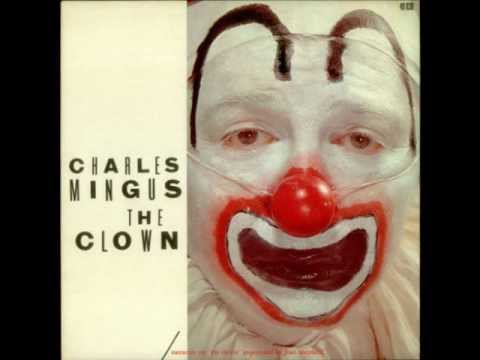 On “Haitian Fight Song”, Mingus said "I’d say this song has a contemporary folk feeling. My solo in it is a deeply concentrated one. I can’t play it right unless I’m thinking about prejudice and hate and persecution, and how unfair it is. There’s sadness and cries in it, but also determination. And it usually ends with my feeling: 'I told them! I hope somebody heard me.’ " The Clown is an album by Charles Mingus, released in September 1957 on Atlantic Records as SD-1260. It is the follow-up to 1956's Pithecanthropus Erectus and features the improvised narration of Jean Shepherd. A deluxe edition of The Clown was issued in 2000 on Rhino featuring two bonus tracks. All the tracks were recorded on March 12, 1957, except for "The Clown", recorded on February 13 of the same year. According to Nat Hentoff's liner notes, Mingus explained why he chose those four tracks f...

Great stuff! When the shit hits the fan, and it comes time physically to fight, I’m gonna be wearing the kind of war paint the guy on Mingus’ album cover is wearing. I’m also gonna be wearing a giant flower on my over-sized flappy lapel which shoots water in a powerful torrent like a firehose and knocks who I direct it at on their ass! Then, to honor Harpo Marx, I’m not gonna say a word. I’m only gonna honk my horn and run off.

Don’t look now, the shit has hit the fan.

Perhaps against my better judgement, I dream of the press conference of the new president and his administration thus sabotaged (clip from Mario Bava’s Danger: Diabolik): 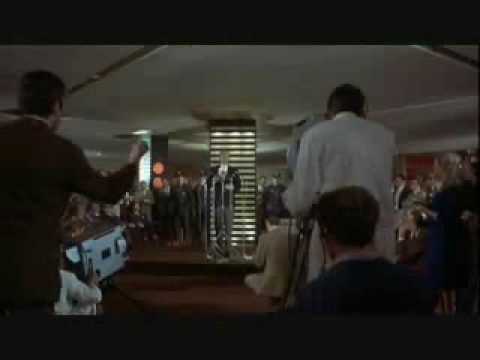 What a wonder it would be if there was a gas which when released caused everyone to speak the truth. Mirror, mirror on the wall, who’s the fairest of them all. Look into the crystal ball.

Laugh, Clown, Laugh (While listening to Mingus’ track “The Clown”, the first time I heard maybe 20 years ago, I think now mixed in a blender, of Kafka’s “The Hunger Artist”, Suicide’s eerie and disturbing song Frankie Teardrop, and this wonderful, sweet and sad silent film starring “the man of a thousand faces” Lon Chaney):

I love this movie - this clip is great:

Here’s Mingus’ track “The Clown”, which in its dark and sinister undercurrents, despite the bright colors in spots of the orchestration over the surface, applied like clown makeup and funny costume one could say, the beautifully swingin’ passages like the act during happier and more innocent times, has suicide waiting at the bottom of it, like the safety net taken away from under the trapeze artist. Listen to that narrative and how it’s delivered with the talkshow host voice. It prefigures Reality TV and how news in the popular media is today, where violence and death, or the thrilling possibility thereof, is packaged as entertainment. The Clown knows it and can’t stand it, feels trapped, but knows if “The Show is to go on” he must give into it, and push his act to the extreme to keep the crowd entertained. Kafka’s Hunger Artist knew it too. Listen to this and then the song by Suicide. I think The Clown and Frankie Teardrop understand each other, but perhaps Frankie Teardrop is worse off, because The Clown at least has an audience? Which curse is worse? 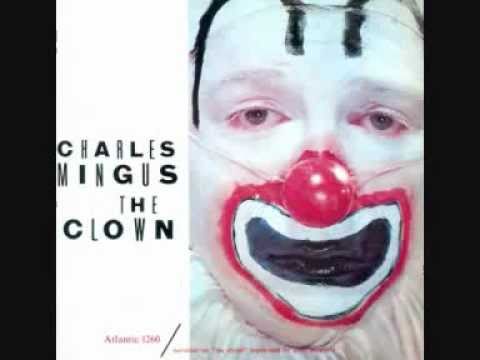 Suicide: a duo consisting of Alan Vega and Martin Rev, a band which has hypnotically pulsing and droning synths running like an emergency generator after a disaster and haunting vocals from the wasteland left afterward, in its attitude not only carrying the grit and shadows of film noir, desperation, everywhere one turns a deadend, shoving one into the embrace of crime, but also in some strand channeling Elvis, seeming to come from another world, but the sound if translated into the environment probably more akin to the stench of sewers and gutters and other pollution in the air, burning the eyes and throat. Vega sings drenched in reverb like he’s in a trance, high on a drug to escape brutal reality, but coming down, being overtaken by a death chill and remembering, he turns into a crazy pissed off time bomb, which finally explodes.

The last lines of the lyrics of this song: "We’re all Frankies/ We’re all lying in hell.”

Said singer Alan Vega: “We were talking about society’s suicide, especially American society. New York City was collapsing. The Vietnam War was going on. The name Suicide said it all to us.”