Shameless Self Promotion About New Essay of Mine on Jewishness, Blackness, Whiteness

I went to a Jewish high school in Houston, in the early 70’s. My best friend, a year older, was driving me home, after school.

" Because that’s what all the Jewish kids seem to talk about."

I think back on that as very useful, sociology. No doubt, when I came to New York, I felt right at home. New York is a blend of Jewish, Black and Gay humor. It is an odd combination of frameworks that is unique to the Big Apple.

Thanks for your reflections, Andrew. As we move between groups we find that there are some on the margins who experiment with identity and styles. When we learn to triangulate from the margins, we become a powerful, political and cultural influence.

Unfortunately, I find the wide use of social media has made much of our public spaces look and feel quite corporate structured and rather empty. There is much less difference on display and much less interesting conversation going on. It is big hurry, going nowhere. In Manhattan, where I live, the beautiful shopping malls, feel empty. It has become another dull, suburban, marketing outlet.

I remember Orchard Street, that great, buzzing, booming confusion, dominated by a Jewish presence, that has vanished. It was so much more fun than now.

Writing it down, as you are doing, Andrew, is a great public service. Keep doing it. We need to think about this. It is hard to figure out. Thanks!

Writing it down, as you are doing, Andrew, is a great public service. Keep doing it. We need to think about this. It is hard to figure out. Thanks!

). I have been exploring recently the deep innards of personal life and its relation to the strange world of race “reception” … sharing experience with the other has been the most fruitful way to shed light on what we all feel on the inside.

"If we ignore these issues in race and religion, and the urgent questions they raise, we are living what Socrates called, in Plato’s Apology, “the unexamined life.”

Your perspective is fresh and clean like a Water that can wash away some of the build-up after these hot, grimy days. Thank you, Andrew.

Thanks @Douggins! Hope you are well. We miss seeing you on the Savitri Supplemetary group! Hope your time off the site was generative and sustaining, and looking forward to reading your posts whenever they arrive and hopefully seeing you in the digital flesh via Zoom in the near future.

Somehow I think it’s become a requirement of our age that everybody write their ‘identity narrative’—an account of how social, cultural, and political forces and events intersect with the personal history that shapes the complex person they are (or, perhaps more accurately) are perceived to be.

I know I have a story like yours implicit within myself. Something about growing up in New York w/ immigrant parents, a first-born boy, straight but not macho, not queer but highly sensitive and now I might say wavy; white enough but not anglo, franco, or germanic, nor really brown yet with many brown cousins & family friends, though hardly any black ones—and my mother and father’s thick accents, always 2-3 sometimes 4-5 languages and one Thanksgiving (when my cuz brought over his Kenyan frat brother) I think 6 languages spoken around the dinner table. My neighborhood a mix of mostly Irish- & Italian-American (Catholic), with many recent arrivals from India and other parts of Asia. My friends mostly white, with some Latino (X?), Chinese, Indian…

My first girlfriend (and my first kiss, at the roller skating rink!) in middle school was Jewish. Her Jewishness was a thing, everybody knew. I remember when I first had a crush on her and one time in class I made a cruel / meant-to-be-funny (at her expense) comment about her nose—which was probably really embarrassing for her (but not the first time being targeted by that trope). But I really thought she was pretty and smart, and finally got up the courage to ask her out and it was a kind of initiation into adolescence, which now I can fondly remember but at the time was mortifying!

(I believe that many times our various forms of racism or ethnocentric cruelty mask repressed desire. Surely, Lacan or some other post-structuralist psychoanalytic quasi-philosopher has written about this.)

Your story, like similar (though each unique) ones I’ve read, makes me want to tell mine—not only to clear the smudges and tighten the focus on the cultural lenses we apply to ourselves, but also to rediscover all the curious, fun, joyful, painful, embarrassing, revealing details of memory that have faded with the tide of time. There are so many interesting micro-histories the surface when one starts reminiscing about the personal and the political. But the stories we tell at the level of Abstractions are generally much less interesting.

Thanks for sharing your story. I am looking forward to Part 2—and if you ever want to publish these pieces on a Cosmos site, let’s make it happen. In my cognitive architecture these kinds of deep, aesthetic, social & culturally relevant stories relate to the idea of a Theory of Everybody which I see as a collective project dedicated to reclaiming the truth, beauty, and goodness of the particular. Our particularity (your Quixotic quality) is where I believe the drab abstractions of identity politics can become historical and spiritually grounded, self-liberating, and poetic.

Wow, thank you @madrush, that was such a wonderful response. I would love to read your own narrative/memoir/autobiography/call it what you will, related to these things. There is something really quite cathartic, also fun, interesting and challenging, about constructing a narrative about one’s identity, through the lens of the “past,” whatever the past means. It’s all written in the present, so it seems like the most important thing is our stance or orientation in the present, through which the past can constructively be understood, (something like that).

Loved hearing about your middle school girlfriend - a nice Jewish girl! - and first kiss. Puberty and adolescence are, as you said, really just utterly mortifying. I remember I had a good friend who was something of a ladies’ man at the Jewish summer camp we went to; I was always jealous of him, and just really wanted to, well, kiss a girl, so I could experience it but also not look so puny or wimpy in comparison to my friend. When this happened, at night, behind a building that was used as a bathroom and showers, I just remember tasting my girlfriend’s toothpaste, and thought the whole thing was mostly overrated and gross. But I still ran back to our cabin and told my friend, and we were proud of each other and stayed up late being stupid and laughing a lot about stupid things that puberty-ridden kids find endlessly hilarious.

I worked hard on the second part today after work, so hopefully soon I can share it in a more completed form. There is something great about writing where you really lose a sense of clock time. Anyways, I would be honored to share it on a Cosmos site. Let’s keep talking and we’ll figure something out soon.

Although this song is mostly about adolescence, I have always loved how it captures how basically sucky it is being a kid and teen: 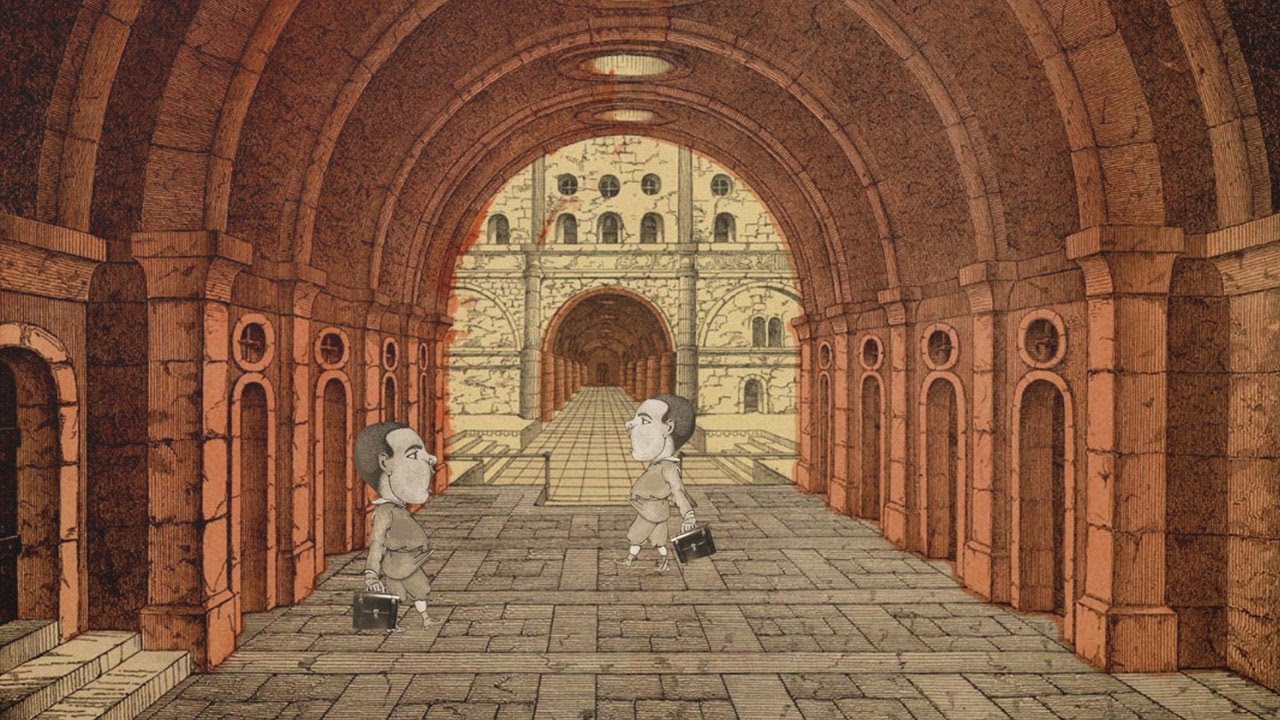 The lyrics to the song are here, and are mostly hilarious; my favorite part is:

The Magnetic Fields - '85: Why I Am Not A Teenager Lyrics | AZLyrics.com

I think there’s something to the notion that humanity (at large) is in its own teenage ‘stage of development’ on the way, one may hope, to some kind of integrated maturity, and that part of our obsession with identity reflects a huge, multigenerational cultural process of figuring out a way for everybody’s stories to mesh. Everything in this process is a form of love and war.

It becomes each individual’s job to define their identity in a way that meshes (or doesn’t, as they will) with the conceptions of others. It’s very hard work and practically requires half of adulthood to figure out, it seems. Hence our protracted adolescences, which is also reflected in the job market—so many grown-ups doing bullshit jobs.

I suspect in the future we will have cosmic identities and learn to see each other as co-creators of universes of meaning, and come again to respect the divine power of culture and importance of cultural work, as we rediscover how deeply all our meanings are entangled as well as how starkly, sometimes brilliantly, they may diverge.

Once we have robots doing everything, I imagine we could spend whole lifetimes re-animating the past and creating increasingly novel complex identities for ourselves. The future will look like a spiral. Time will feel different. I posit we are in a transitory phase of planetary history through which we may yet integrate our terrible start.

I hope that is not too abstract! Basically, I’m saying that it sucks being a person right now—we’re like in the junior high school phase of human history, in the middle of huge paranormal shifts at the level of culture and even our material reality—but maybe, just maybe, it gets better.