My friend Nick asked me to explain a drawing I did.

It made me look up cool papers on second person perspectives and I ran into this gem, written by Michael Pauen!

In it he writes:

The present paper argues that no such reduction it possible because the second person perspective provides a unique kind of access to certain facts, namely other persons’ mental states, particularly, but not only, in social contexts. 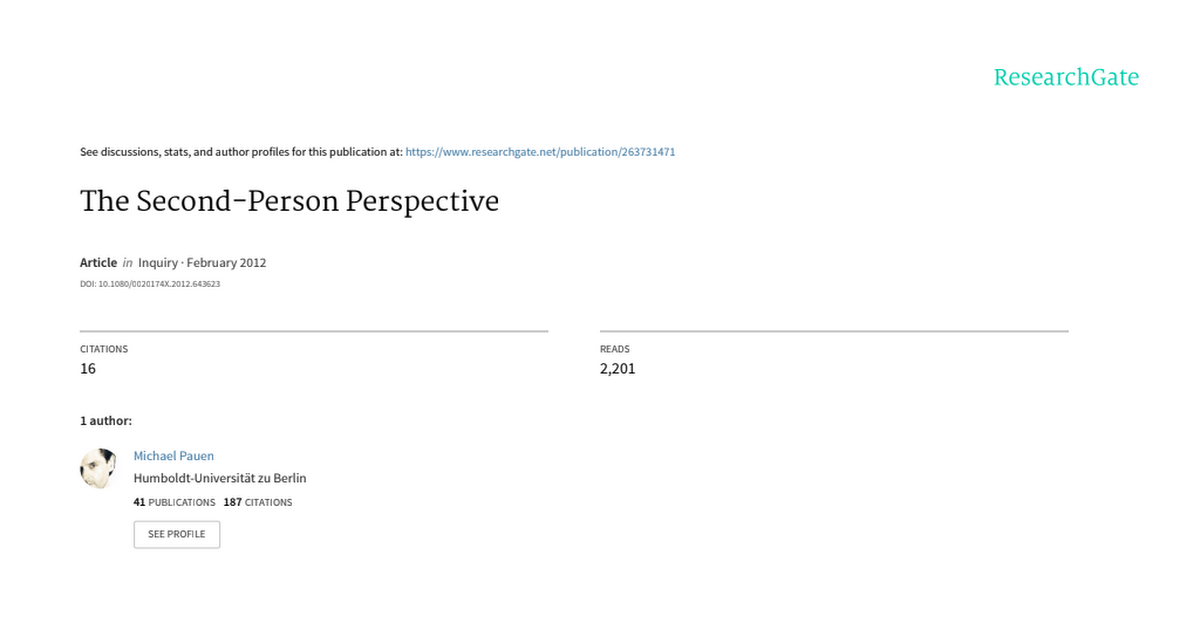 Theory of mind is the ability to attribute mental states such as beliefs, intents, desires, emotions and knowledge, among others, to oneself and to others. Theory of mind is necessary to understanding that others have beliefs, desires, intentions, and perspectives that are different from one's own. Theory of mind is crucial for everyday human social interactions and is used when analyzing, judging, and inferring others' behaviors. Deficits can occur in people with autism spectrum disorders, Theor...

Perhaps the increased intensity of perspectival awareness resides in the fact that it unavoidably placed in a direct, interactive relationship to our own. Just a thought.

I think that many debates (atleast politically) is built around winning the argument, but not about truly understanding the other’s view. It is rather that one lets confidence in ones own argument to be pushed onto the other. I always felt that a field so vast as politics is, should regard the 2nd person perspective more intrinsically. To me, philosophy is very good platform to develop awareness of the 2nd person perspective. Listening is crucial.
I would really love to explore 2nd person perspective more as I think that it would also be helpful to solve conflicting dilemmas between people. One would know how to be a good mediator.

It would explain why one relates to the objective more methodically, example, a dog with its owner have an intuitive bond to eachother while a judge at a dog breed contest view the dog with methodical objectivity, going through criterias to judge the dog from.

The collective 3rd person representative becomes the social performance we try to upheld and feel shame and embarresment over when we cannot do so in some way, and the affirmative socialization reeks of this social performance, and this is why they lacks ability to engage in 2nd person perspective to eachother. They are focusing on their performance and thus others becomes feedbackers of positive social responces.