Colin Wilson and "The Robot"

This is an excerpt from my new book, Beyond the Robot: The Life and Work of Colin Wilson.

Wilson woke up to universal acclaim one morning in May, 1956, when his first book, The Outsider, a study in creativity, alienation, and extreme mental states, was published. The twenty-four year old had no idea of the effect his existential explorations would have, nor of the sudden u-turn the critics would take about his work. No sooner did critics and journalists in the UK and US sing his praises, then they did a speedy about face, and Wilson became literary Public Enemy No. 1. Wilson endured the reversal with dignity: he retreated to a cottage in Cornwall, in the far west of England, and for the next half a century produced an enormous body of work in a dizzying spectrum of fields, focusing on a single question, what he calls “the paradoxical nature of freedom.” Wilson analyzed this paradox in books on crime (A Criminal History of Mankind) sex (Origins of the Sexual Impulse), existentialism (Introduction to the New Existentialism), the occult (The Occult), the paranormal (Mysteries), and in a series of philosophical novels in which he appropriated a variety of genres to achieve his aims, writing science fiction classics such as The Mind Parasites and The Philosopher’s Stone, and existential thrillers such as Ritual in the Dark and The Glass Cage. In a career spanning more than half a century, Wilson wrote well over a hundred titles. He died in 2013 at the age of 82.

I knew Wilson; he was a friend and a mentor. My book is the first full-length biographical/critical study of one of most important thinkers of the last two centuries. The excerpt presented here recounts the first appearance of a key theme in Wilson’s writing, “the robot,” an evolutionary “labor-saving device” that, unfortunately, we have allowed to take on more duties than it should.

I read The Outsider quite a while ago, but nothing else by C. Wilson. Out of curiosity about this notion of the robot within us, I found the following interview of Wilson on YouTube. Really wonderful listening to him talk. The guy knew how to tell a story laden with vivid metaphors and insightful anecdotes about the workings of consciousness, really making it all approachable and more accessible by openly sharing his own personal experiences. He begins talking about the robot within each of us at 11 minutes into the clip. At precisely that point, some static runs over the footage, the image of the speaking C. Wilson breaking up. OOOOO, I thought, snickering to myself, spooky. Could it have been the robot within which caused that? Could the camera itself recording the speaking Wilson have been feeling precisely at that moment romantically inclined toward the robot within Wilson, and that was the signaling of them to each other, the foreplay? Oh yeah, baby, robot love. Get out the WD-40 and the STP. Crash by Ballard for a little S & M. 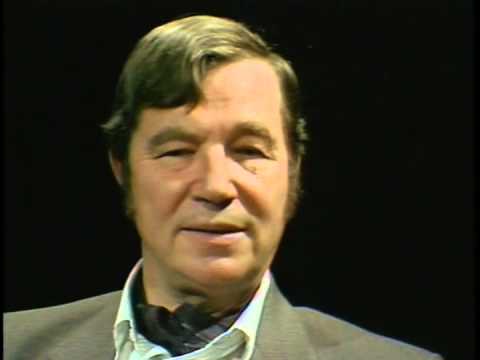 Hey @JDockus, thanks for the chuckle.

I, too, thought about the uncanny timing upon mention of the robot in this video.

Wilson is a brilliant speaker. Very accessible. I’ve recently been revisiting The New Existentialism, and my first foray into Wilson was also The Outsider. It was a poignant read for me during a rather turbulent and grating period of my life. Picked me up and made me feel that life was full of possibilities again, so I give him much praise. Super Consciousness, which I think was his last work, is a great summing up of these ideas in a very succinct way.

Thanks for bringing this to our attention, very interesting. Must practice experiencing more peak experiences.

Seriously, Jeremy, agreed about C. Wilson and the accessible brilliance of his words. This clip, indicating not only the depth and seriousness of his thinking but also his own sense of humor, has won me over. I like him. I do recall the effect reading The Outsider had on me, and it appears it was similar to your own. Most I figure who have found their way to this site are Outsiders in one form or another. I’m a loner type of outsider, fairly nondescript in person, blending in, pursuing my own quirky and odd path. Turn me inside out, and one might find not only a robot, but a juggler, a fire breather, a sword swallower, a strong man with a greasy curlicue mustache, a trapeze artist, a bearded lady, the whole clan from the movie Freaks. I should’ve joined a circus. I always seem to see first the absurd side of things.

It is interesting that Wilson used the word “robot” for the phenomenon of profound subconscious flow, that kind of automation which naturally occurs in us, to which he alludes and explains. Robot seems like such a quaint and crude word now.

grannyjan. Goodness, I wonder how one might actually go about practicing peak experiences. Meditation? I’m such a cheat, I tried once cutting a large hole in my ceiling, and jumped up and down on a trampoline, until my head went in and out of the hole. I thought I’d experience some epiphany, ejaculating words, the purest poetry, but nada. I was so disappointed. Another time I attached jumper cables to my nipples, but when I plugged in and revved up the engine, only blew the fuse of the robot within me. I need another method myself. I don’t want to lose all my hair.

Well John, I went through a crisis in 1965 which resulted in similar peak experience that Colin Wilson spoke about.
From planning to put my head in the gas oven to the most amazing spiritual experience of an infilling of love and joy, this went on for many years but then I got ysed to living at the mountain tops, slowly slid down the slippery slopes. All I am saying, it is time to get back to what I know is possible, with companions as well.’-

Pleasure to meet you, Janice (or do you prefer to be called Jan?):

I can see now where this clip of an interview with C. Wilson really resonates with you. His description of his suicide attempt, what what was going on inside him, and what pulled him back from the brink, surprisingly leaving him in a happy state of mind, is remarkable. That connection of the two extremes really gets one thinking. I’ve thought plenty about death, I stare down into shadowy depths on a regular basis, but I’ve never attempted suicide before, at least not in any drastic and violent way.

One might make the argument that for long stretches at a time in the contemporary landscape, we engage in killing ourselves slowly. We fill up with all the poison and toxins in society, and slowly become ripe for death. It’s so difficult to get free of it.

I bet you have many valuable insights to share having been from one extreme, the mountaintop, to another, where you felt so dragged down in despair, thinking as C. Wilson did that life is meaningless, that you actually attempted to take your own life.

Warm greetings to you, Janice! In your photo you have a nice smile. Are you really a granny? I’m a middle-age bachelor.

Maybe we can arrange for the robots within us to get married. R2-D2 can be the ring-bearer, and C-3PO can be the best man. After the wedding, we’ll tie colorful strings of empty tin cans from the hips and shoulders of the robot bride and groom, rolling along on their wheels, so that the villagers will know they’re coming.

That is really funny, John. I don’t mind what people call me.
Yes, there were many light bulbs going off, never heard of Colin Wilson before. I have read Gary Lachman’s Secret Teachers of the Western world, so I will have to read his latest one.
Yesm I am a granny, will have the big 80 birthday soon, so it would mean tying tin cans to the wheelchair if our robots got frisky.
Just love interacting with the fertile minds on the site.
I will be sure to look out for your byline.
Cheers.