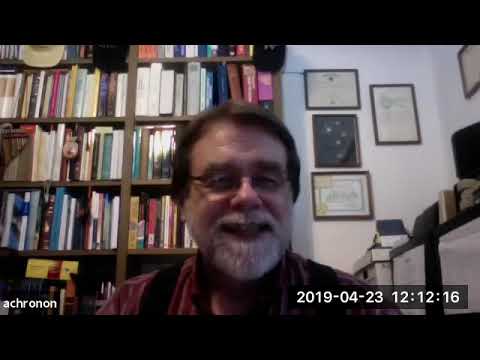 This is something that human eyes are not supposed to see." 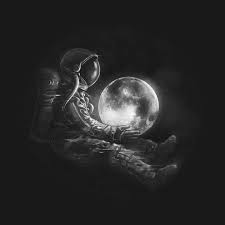 We have, from the creation of the space station in the 20th century until now, spatially placed ourselves in the presence of an alternate environment, one outside of cultural and natural milieu. We receive reports from the space station, even if only to affirm that they are still alive, that give proof to the environment outside of our terrestrial home.

With the emergence of the space station, not only do we have proof that there is
intelligent life outside Earth, but the ability to communicate with this external
intelligence is also effectively demonstrated by the electronic transmission of data
between station and Earth. In fact, this has world-historical consequences, since
Earth-based worlds (which are also called cultures) can for the first time view a really
existing shared world beyond. From now on, we are faced with a transcendence that
Earthlings have themselves accomplished, and that can be distinguished from
traditional, symbolically coded religious or metaphysical instances of transcendence
by its allowing for reliable two-way communication. 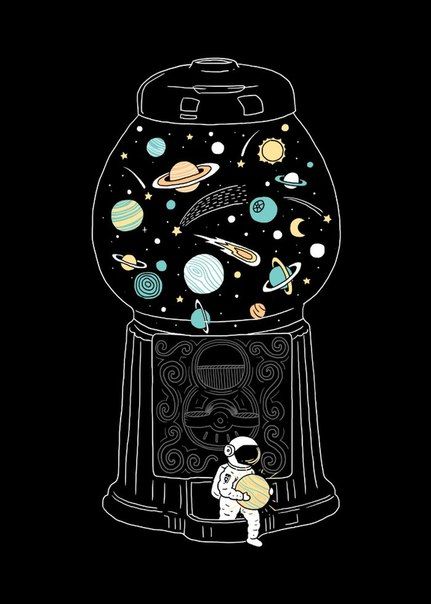 Is Sloterdijk coming back to the topics? I think this conversation will be interesting.

For next week’s Café, Sloterdijk’s essay “Deep Observation” will be the selected reading. As we contemplate the planetary from this outside perspective, take in this beautiful clip from the highly relevant National Geographic series One Strange Rock directed by Darren Aronofsky: 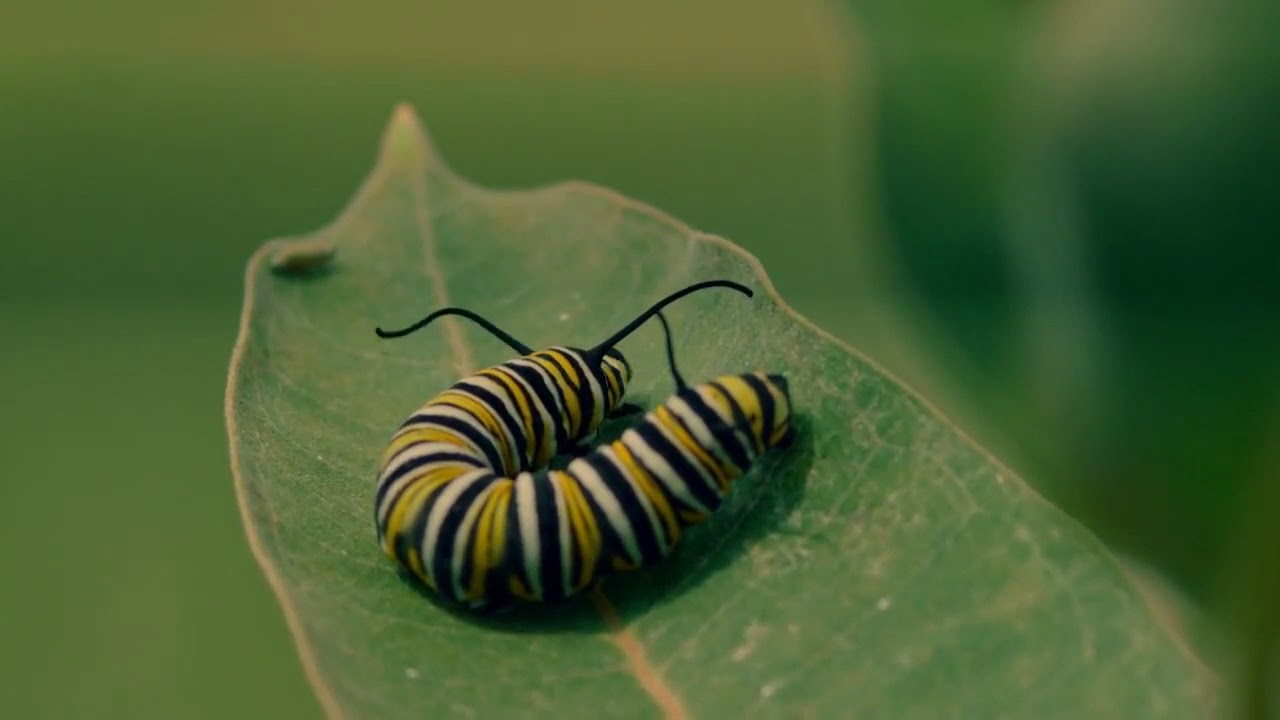 Hehehe. The lead-off question I had in mind could be rephrased thus: What’s it really going to take for this perspective to “ground a new world-relationship”? Because the perspective has been around a while now. “Earthrise” was taken on Dec 24, 1968… this July 20 will mark 50 years since Neil Armstrong’s “small step”… we saw a “big blue marble” on Dec 7, 1972 (a non-infamous 31st anniversary) and a “pale blue dot” on Valentine’s Day, 1990… a view from orbit through human eyes has been continuously available since Nov 2, 2000…
And… I still can’t get family members to turn off unused lights…

“Would that I were a false prophet…” 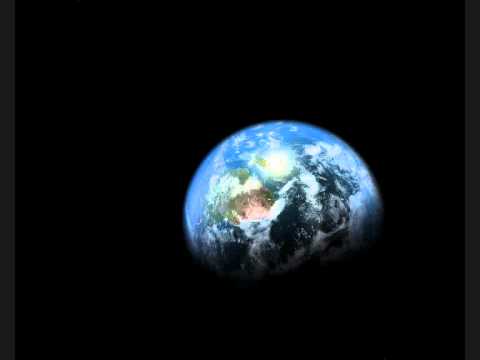 “Would that I were a false prophet…”

Well…at least you won’t have to reproach yourself for saying nothing about these important matters!

Actually . . . next to nothing was said in Karel Husa’s “Apotheosis of this Earth” . . . thanks for this Earth Day 're-release" TJ!

Let your life speak. Actions speak louder than words. “What’s it really going to take for this perspective to ground a new world-relationship?” I think a solid musical score stirs up many a human soul . . . a Soulrise.

Phillip Glass did the score for KOYAANISQATSI. This one woke me up to the accelerationist human drive and the ease at which we make our life and all life around us out of balance.

The title is a Hopi Indian word meaning “life out of balance.” Created between 1975 and 1982, the film is an apocalyptic vision of the collision of two different worlds – urban life and technology versus the environment. The musical score was composed by Philip Glass.
From website - https://www.koyaanisqatsi.org/films/koyaanisqatsi.php 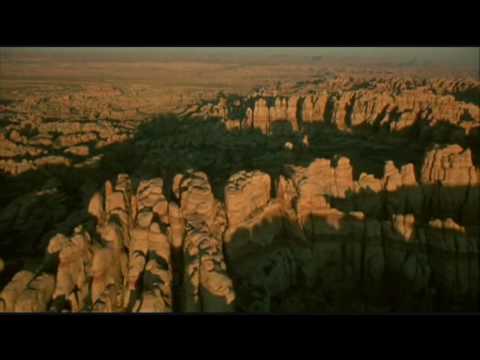 What’s it really going to take for this perspective to “ground a new world-relationship”? Because the perspective has been around a while now. “Earthrise” was taken on Dec 24, 1968… this July 20 will mark 50 years since Neil Armstrong’s “small step”… we saw a “big blue marble” on Dec 7, 1972 (a non-infamous 31st anniversary) and a “pale blue dot” on Valentine’s Day, 1990… a view from orbit through human eyes has been continuously available since Nov 2, 2000…
And… I still can’t get family members to turn off unused lights…

@johnnydavis54 reminded me of a previous post that asks the same question.

So…space tourism…? Is that what it will take? “I was hoping we would at least travel 300 miles in this thing, Betsy… good Heavens! I could have spent my quarter million on that movie theater we talked about…then we could really see this stuff in VR 5-D!” “Sorry Tom…this has been a major disappointment…yes, the theater.” … the Earthrise image hasn’t shone its species-enlightening glory-light into all our eyes. Or changed the rotation of the earth happenings since it’s capture. And another TED-…

Hi,All…I will be missing tomorrow,to have a tooth pulled at 9am & I am concerned about one of my alter egos being released from the Drugs.Will be viewing it when released from behind the scenes labor of Marco & Doug.Peace Out!

I think this is getting to be another entangled, and inevitable muddle. It is difficult to maintain coherence between different groupings when they start to sound too much a like. SLoterjdiik is not the same as what is developed in Generations. It is a different ecology, in an different forest, with a different view, from different time zones. It is too bad that both events are on a Tuesday for it is hard to do both events and maintain coherence. I hope these conversations make a difference that makes a difference- whatever that is. I can follow the different threads but I will be a participant on the one this evening and an observer for Sloterjdiik. A comparative effort for sure.

Davor is pointing to Descola and I have posted a video of a conversation between Descola and Latour. I will point to that video on Generations 3 and suggests that it adds something of interest that compliments some of what is appearing here. Descola outlines four different ontologies operating on the planet currently. Latour wants to go beyond and beneath Nature and Culture. And what is underneath Nature and Culture? He suggests that we need to revisit what a sense of Agency could be in the midst of catastrophic change.

I have never been sure what Peter is up to. I got more from this tiny paper than I did from Volumes 1 and 2.

Perhaps, after these groups have found a voice, a meta-perspective will emerge, that is not detached or pie in the sky, but has a capacity for putting one foot in front of the other?

If I can make it today, it will be as an observer from another planet. You can call me Nerk-nerk.

Can there be a final cause in this virtual space? Here’s my attempt to piece together the elements that potentially make up a solid, minimally muddled conversation:

As we blast off to take the outside, Earthrise view, remember that ole Slotty is only one little leg on our Café table for this session…or maybe the napkin that gives a little extra stabilization so we don’t go rocketing off into tangential territory. The real agents are those that built the table, those that surround the table. We need you. And you, and you! One thing about a Sloterdijk text: we never have a dull conversation.

I originally suggested the connection to the Generations conversations since there had not been a response (yet) to what suggested reading material would be used. Since then, we have a whole list of suggestions, including what you write about above. I want to make the conversation tonight, but I also do not wish to interrupt the flow with my wild household that does not settle down until about 9 PM. . . I will at least be listening in and will step outside if I have something urgent to say!

In my feeble mind, I feel like we are all connected, that all our conversation share a common thread. This carries over into the CosmoVision conversations, which led us to quietly launch a very modest projection over at Cosmos.Earth. Eventually, this site wants to be the answer to the muddled mess of conversations that are posted on Infinite Conversations. We want archives of Cafés and other groups. There have been various thoughts about what would make things work more efficiently, etc. around this neck of the woods, so we appreciate any feedback… The reading groups and writing groups, Generations and Cafés all seek out stellar conversation. Wonder if we can name this constellation that is forming here?

The reading groups and writing groups, Generations and Cafés all seek out stellar conversation.

I’m not sure but I do know that if I dont do my laundry this afternoon I will be very uncomfortable this evening. So, each of us have to figure that out, each day, what is the ecology? I am okay with that. As I want to participate in each event with a prepared mind ( I dont have to show up with a clear cut opinion) I want to get better prepared by knowing what others are up to. I dont get a sense of the whole-to part or the part-to the whole without some vague and fuzzy feelings attached. Whoever shows up on the call will be the most powerful agent of change in that call. I don’t think anything else much matters. Good luck and I will listen at a distance as I do my laundry and make a plan to work with the Generations 3 crowd tonight. I think we have plenty to read and study and to muse upon.

Hi @Douggins, I would like to join in…but I will likely be up to 30 minutes late. If I can, I will sneak in quietly and listen with my mic/video off until I catch the flow of the conversation and can slip in. Hope you get off to a good start! See you in SPACE. 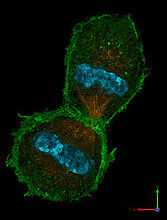 Is this the beginning of Space? 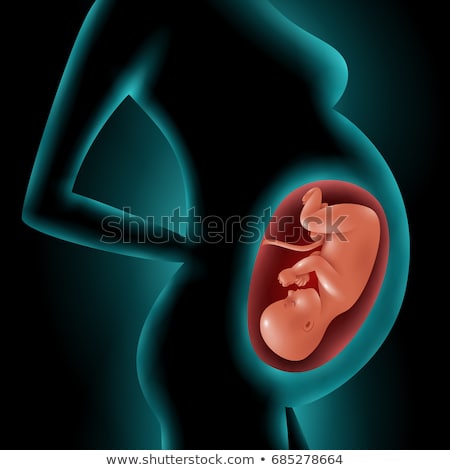 Is this Space In Form? 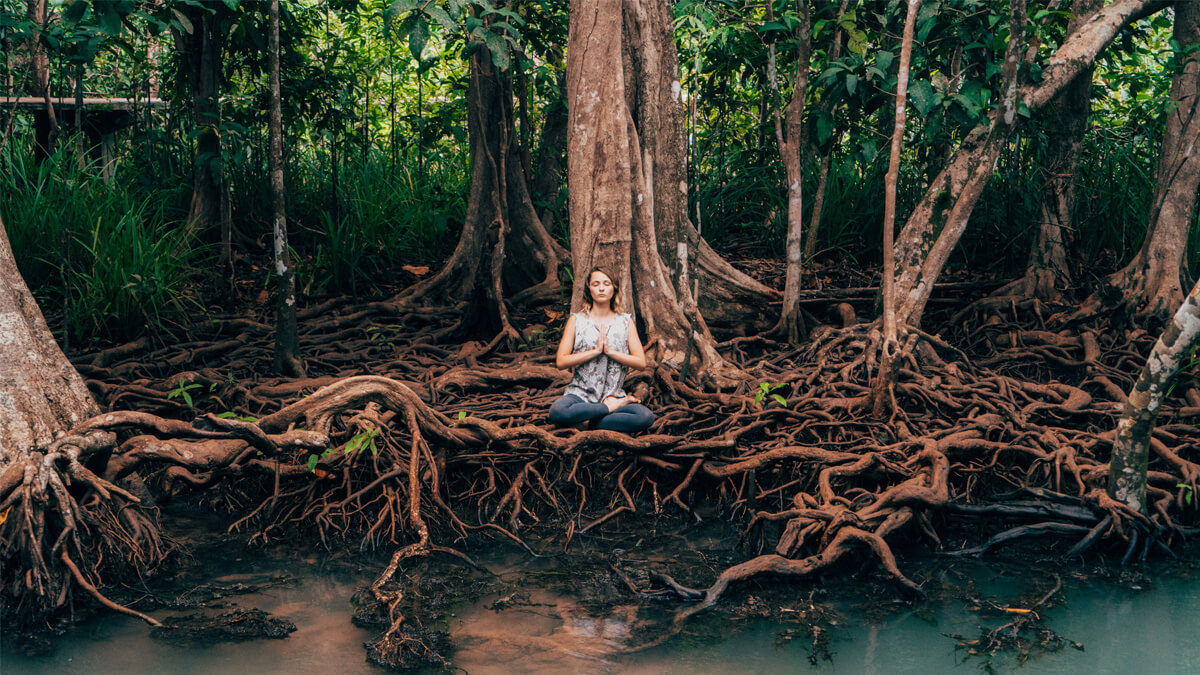 Has Space Disappeared or Sprouted Wings? 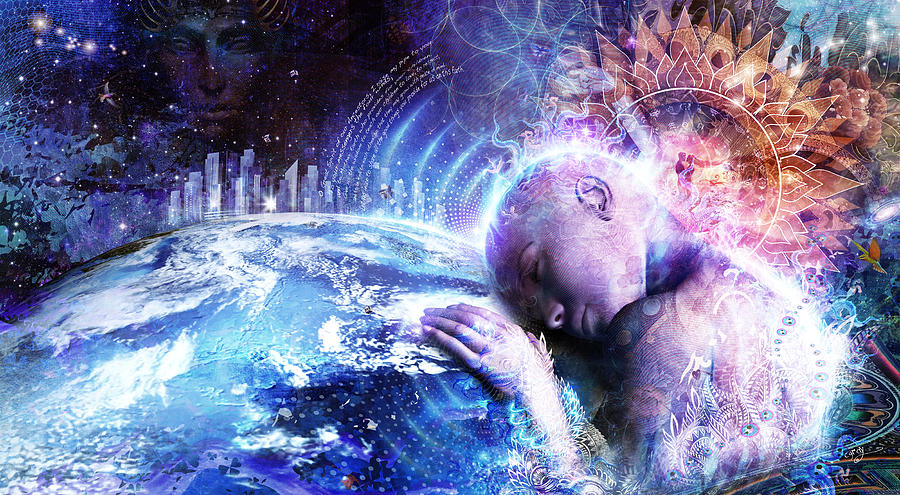 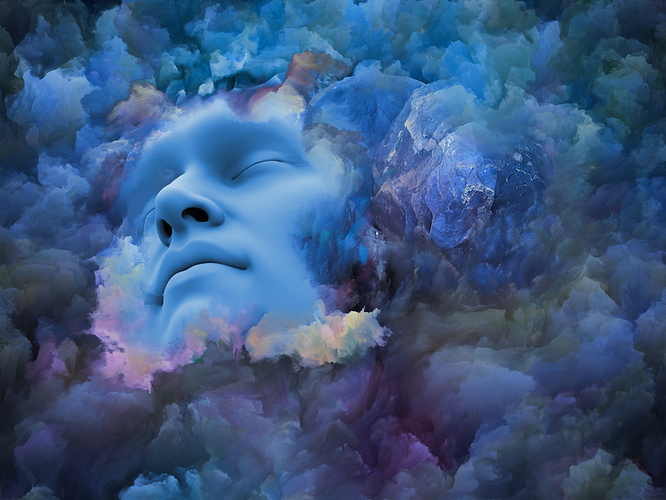 Or Is Space Live Dreaming ?

And I still can’t get neighbors to shut down their wall paks and porchlights!
YES, it’s been more than 50 years since Earthrise.
When I was a child in the 50s, I dreamed a super-vivid Earthrise dream
with music and awe and joy. I experienced that grand perspective, but over and over
I lost it and got snarled in my tiny self and her horrid childhood and…and…
Found it again! And again and again and…I hope/expect to find
Earthrise, on my deathbed. My Earth Bed, turning (back) into pelicans
and wolf spiders and Pacific Live Oak trees…

Can’t wait to watch the show!

One of my all-time favorite movies. Saw the original release with a friend and we literally
stagged out of the theatre.
Also, one of my favorite compositions…makes me weep.

One of my all-times too! I also enjoyed the other two in the trilogy… but this film was a revelation for me when I first saw it.

Kundun (about the Dalai Lama) was also another beautiful film scored by Philip Glass.