On the Strange Sense that Reality is a Collective Hallucination, Part 2 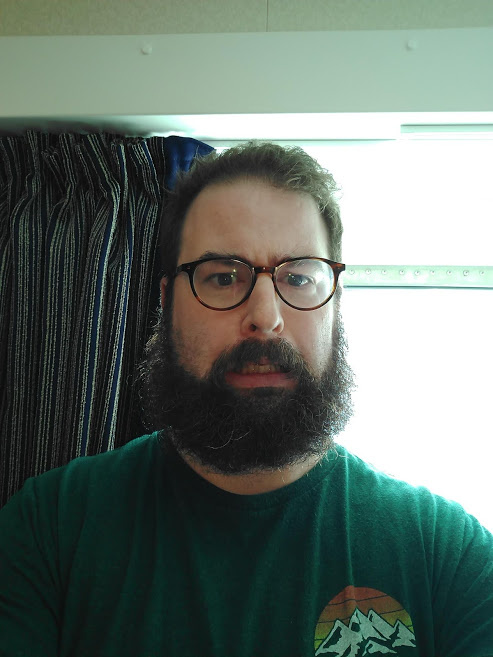 I admit I was hoping that my experiences with the deep feeling/sense/intuition that reality is a collective hallucination would fade, or dwindle, or diminish, or even (best of all) stop altogether, but unfortunately (and fortunately, in some cases) there is no escaping reality - so there seems to be no way to currently escape this collective hallucination (except, maybe, in moments of deep interpersonal connection, or for that matter intrapersonal connection, especially for me at least during strong and good meditation sessions). Why do I say this?
Well, dear cosmonauts, I am currently, as of right this moment, looking out the window of a very small room, and out this window I see a perennially, endlessly stretching blue sky. Also, as I type and look, the bed on which I am lying, and the room in which the bed is, is shaking ever so slightly back and forth, up and down, to the left, the right, a kind of fidgety, restless, inability to keep still (potent metaphor, to say the least). Have you guessed where I am?
I’ll end the suspense: I’m on a cruiseship. Why? It is my mother-in-law’s birthday, and she decided she wanted to take her family on a cruise. How could I say no? (Should I have said no?) Well, to be honest, I’m not sure I really knew what I was getting myself into. But it’s been about two days now, and, I feel I have a sense of what’s going on here. If you don’t mind, I’d like to give you a sense of what this cruise is like, or all about.
Let me start with the, for lack of a better term, non-stop busyness. Nothing ever really stops here. When you leave your room (where I am now, and where I will probably spend a lot of time – and which does not stop slightly shaking), you are suddenly accosted, to a certain extent, by the sheer amount of people who do not seem to stop doing whatever it is they are doing. People are walking by you constantly, talking, drinking – down the narrow hallway where your room is, so you need to press up against a wall, or they need to press up against a wall, to pass by; in the dimly lighted, heavily black-carpeted areas where the six elevators are, to take you to what I think is about twenty levels of mall-like shine and surface; in the innumerable dining rooms, where the sheer amount of food is staggering and, sad to say, somehow shameful; in the pools and entertainment venues and arcades and climbing walls and (maybe worst of all) painfully garish “art auction,” where you can buy neon-colored Muhammad Ali portraits or very gawdy, drippy cityscapes; in the outdoor swimming pool and sunbathing area on the final, upper deck, where this is literally a monstrously large television set with an image of…another place for sunbathing, i.e. some empty beach (Baudrillard, eat your heart out) – there is no pause to it, no way to stop and think and wonder and say to yourself, “What exactly is going on? Where in God’s name am I? Who are these people? Who am I?”

Case in point: this morning, after walking past a zillion people, I met my wife and sister-in-law on sunbathing chairs at the top deck, only to realize, with a kind of exhausted horror, that the track on said level, where people endlessly jog and walk, without much space between them (do they mind this?), was right in front of said sunbathing chairs. This made me kind of perplexed to the point of shock: how is it possible to actually relax here (aren’t we here to “relax”)? You can lie down on a chair and close your eyes, but there is loud bad pop music playing. You can put in your headphones, but that only making a jarring noise sandwich. Do you want to watch a video on your phone? Well, Internet costs one dollar a minute. What about opening your eyes to take in the sky or the water (both of which seem to mutely ask here, constantly, “what are you doing here?”)? Try it – you will then see the sky and water through the filter of the flitting, endless, non-stop-busy movements of the walkers and joggers whose track is (not joking) an inch from the end of your beach chair.

Sometimes there will be announcements on loudspeakers, that enter into ever single corner and crevasse of the ship, and the captain, or master of ceremonies, or whomever, who speaks in a very strange, robotic, heavily enunciated voice, will let us know about various depressing-sounding activities, some involving family. But I haven’t really seen much of my family – my two sons are probably losing their minds at the arcade, or at the Kid’s Corner, or whatever it’s called, where my wife took them this morning (there is some kids programming, which is nice – it gives parents a break – but I don’t know if the lifestyle here, and the values it represents, are what I want my kids to learn exactly - i.e. life is a series of endless eating, people drinking, and bad music). My wife is at the spa, where I went for a bit, but I just felt…well, disgusted, sick to my stomach, like we are living in a tiny fancy show-offy mall in the middle of the ocean, and everyone seems to be ecstatic about this, or (more likely) unconsciously or consciously stressed about this to the extreme point of drinking constantly. Amidst all of this, I can’t help but suspect that many people here have this feeling, sort of like, “Well, world, I’ve made it. I’ve got my shirt off, I’m sitting in some blue warm water, I’ve got a drink in my hand, there is loud music playing, I am drinking aforementioned drink – this, my friends, is where it’s at: heaven itself, nirvana, what life really means, the ground of it, the root of it, pleasure itself.” And I really don’t want to judge these people, but I want to say, “Is this actually nirvana? Is this why you are drinking constantly? Why are you endlessly trying to escape from your escape?”

We’re going to be here for a week, so…I might spend time just reading in this room. I don’t tend to think of myself as introverted or extroverted, but this cruise seems to be turning me into an outraged hermit. To you, fellow cosmonauts, I say, enjoy where you are, especially if you have a modicum of peace and silence (what this room has for me right now, even though it does not stop shaking). Value meaningful, quality time, with yourself or others. And never, ever go on a cruise (unless it’s much different from this one, or unless you really like malls)!

Why are you endlessly trying to escape from your escape?”

Hell, so runs the gist of one (perhaps more than one - what do I know?) story I vaguely remember, is where nothing goes wrong… ever…

I will re-read this later in my fully appreciated quiet room-with-a-view on terra firma. Already I like the depth of poignant humor in this - you, sir, have serious evocative skills. Write on!

Thanks, TJ!! We did have the chance to do karaoeke tonight, which is fun, so I guess it’s not that bad.

I am picturing your Mall-Ship and the name painted on its side is: Il Pergatorio…
Well Andrew, you’ve come close to painting a Dantean revision where the residents believe it is heaven because they never have to long for or think deeply about anything…
But to tell the truth, I think your Mall-Ship hip is a fractal or condensed version of everyday life here in modern culture (except for weathy enclaves or rare cabins in the woods) Unlike you, I’m a true introvert, a natural hermit whose cave is a tiny apartment on the edge of a crowded, noisy town. No shaking, but plenty of frenzied and nearly continual “busyness” of every imaginable sort. But! Look at it this way; YOUR cruise will end.
While, sadly, the cultural cruise clearly refuses to… until it collapses.

5 Likes
This Week In Cosmos 3