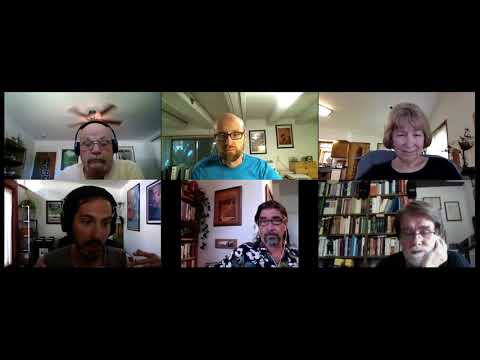 Arguably, sexual repression in the U.S. creates conditions that contribute to the creation of the sexual predators we see in the news. Seeing that these conditions contribute to the occurence of sexually predatory behavior in men, however, in no way condones that behavior. Those men are still responsible for their behavior, i.e., are needing to “grow up”.

On the other hand, we saw in the #metoo movement some individuals using the language of postmodernism – but without an ethics of inclusion – to punish men (usually) without due process.

Seen as built in features of the Kosmos, integral theory includes as unavoidably present four noble qualities that are beauty, goodness, truth, and usefulness. Sex is clearly related to the attraction to beauty, with beauty inspiring creativity, passion and right effort in others. In terms of the passion that is inspired, it is crucial to honor the boundaries set by the beautiful, not for reasons of premodern ethics, but for the practical or modern reason that ​those boundaries are what create the container for the creative contribution itself​.

In this Cafe, we will begin discussing these issues, with input from our guest Terri O’Fallon, PhD, who works in the area of developmental assessment.

Yes, yes, I know you’re all off burning burgers and hot dogs or doing other reasonable things, but I have a couple of questions regarding yesterday’s CCafé. We jumped into the middle and took off from there, so I never really got the opportunity.

They are rather fundamental questions, but for my rather simple-thinking mind (some might say simple-minded thinking

) it would be helpful for me to know:

No dissertations nor treatises nor lists of references is need, just an explanation that a layperson like me can understand. Thanks.

Thanks, John, but I’m still unclear on the difference between sex and gender. I wasn’t looking for definitions so much as understandings.

Gender refers to eithor identity, or assignment -as in labeling of a newborn baby as male or female because of primary sex organs. Sex is a verb/adverb -as in “I want your sex.” Secondary sex characteristics are distribution of hair, body fat, muscle mass, voice depth, not involved in reproduction.
I know - when you & I took Health class in high school, there was just “sex”.
Confusing, as always.

Sex is a complicated concept. The word includes reproductive functions, the relationship between people for bodily pleasure, and is also often used in place of or confused with gender (when we speak of a person’s sex, we generally mean their gender) It is further confused in other lanuages - I don’t know about German, Ed, but French doesn’t have the word “gender” at all, so “sexe” is used instead. For me, personally, sex refers to the complete set of relationships with others and the world that concern bodily pleasure, but that is a definition too broad for most people.

Gender, as @Mark_Jabbour pointed out, is about identity. Dr John Money in pioneering work on transgender identity noted that gender has at least seven dimensions, which is partly why it, too, is such a complex idea (assigned sex, external genitalia, internal reproductive structures, hormonal/secondary characteristics, gonadal characteristics, chromosomatic characteristics, and gender role during childhood).

As for the bruhaha, my guess is that a lot more people than anybody guessed have felt/been constrained by gender polarity, and the people whose voices have been so long disenfranchised and silenced are coming out of the woodwork. It’s hard to guess numbers, but I don’t think we are in the 1% realm, but well above 10%. Those who choose elective surgery to “change” gender are the tip of the iceberg.

but I’m still unclear on the difference between sex and gender.

Good luck, Ed. When the confusion clears please report back to me what you have understood.

Recently, Jordan Peterson, when asked about gay parenting, claimed the research was inconclusive. He didn’t site any sources but that didnt stop him from concluding Gay parents might disadvantage children.

I met a young woman, in a work environment, whom I immediately connected with. Surprised by her sophisticated language and quick familiarity with me, she told me that her father was gay. He had five biological daughters, and had raised them with a male lover.

She loved her father and disliked her biological mother, whom she concluded, was a mess. Her father had done something right to raise such a smart, attractive person. I can say that with complete authority because I say so. I dont need another report from the Diagnostic Statistical Manual. This young woman told me she identified as ‘straight but not narrow’.

When I was a kid, scientific information I read, ( and I read a lot) , determined that homosexuals were incapable of love and doomed to prostitution , drug addiction and alcoholism. Now, looking back on that junk science, I say, " Fuck that shit."

If a gay person wants to have kids, I say fuck Jordan Peterson’s junk science reports. Follow the beat of that different drummer.

If I were your mental health provider, @johnnydavis54 I might say (while nodding), can you talk more about that?

Not junk science, unless all “science” is junk. There is a methodology., albeit influenced by $s.

Wilber is done, finished. Why? Because he was wrong, and admits as much, as much as he can. “Green” collapsed b/c it was false. Wilber did not, and does not, understand biology, as do all of the postmodernists. To include … well. Wilber’s got his money and I wish him well, no harm.

it didn’t take us long to hit the shadow with this topic :). lol. hope I/we can find our way through…! I’ll be off now for a while. I’m not really into conflict via forum. Or perhaps what we need to do, since you introduced MONEY into the picture, is do a cafe on THAT one. Death, sex, and money. Heck, no problem! We got this!

Anyone feel like they have something to “get the ball rolling” on the money topic?

Great! Glad I could contribute to you 4th of July celebration. cheers.

I am the “contentious conviviality” which @madrush dismissed w/a scoff. He, @madrush knows nothing, and yet, we are steadfast friends.

It seems that EROS Energy is running through the veins & thread on Mindful Sex; it goes to my metaphor of a Good Wrestling Tango.The Field is moving through many Minor Gestures,I find it Intense,Magical & Engaging even with the bumps & bruises my Felt Sense is experiencing.So Thank U’s All for very real conversation.